Sing us a song, you're the piano man... My wife had a personal war with the bench we were using for the piano. It was big and clunky (and flowery), so I decided to build her one. I started it a couple of weeks ago, but I had been lazy and I finally finished it this weekend. Here are the details. The measurements of the bench are the following (click on the picture): 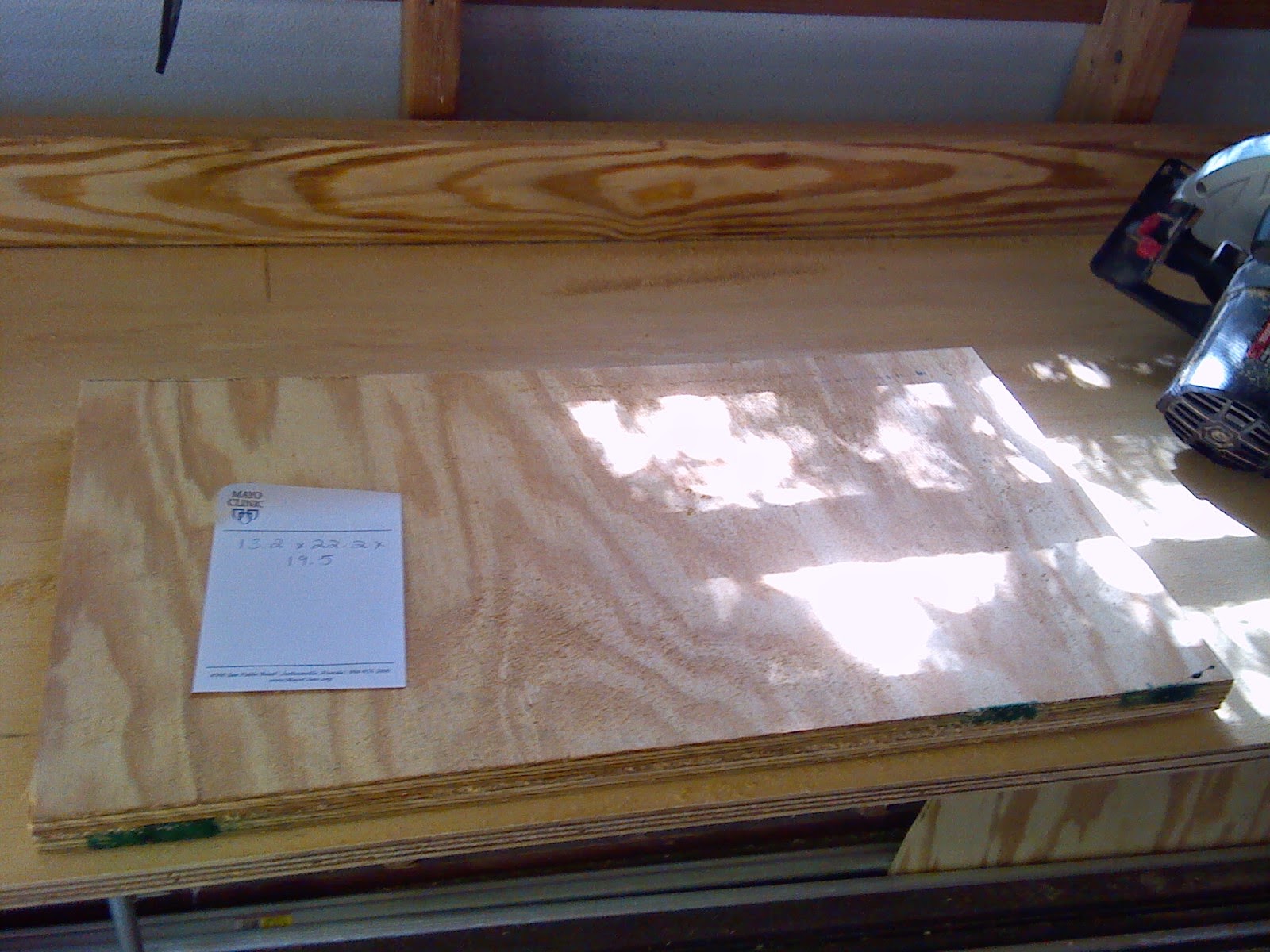 I had this piece of plywood from the hardware store. It is good to look at the refuse bin, they sometimes have good wood. 50 cents and a couple of 2x4's and you've got a piano bench. I cut two identical pieces of plywood, 13 x 24 (I made it a little wider, don't tell "she that must not be named"). I assembled two identical frames for the legs and attached them together with a bar cut to 21'' (the width of the 2x4's is actually 1.5 in). 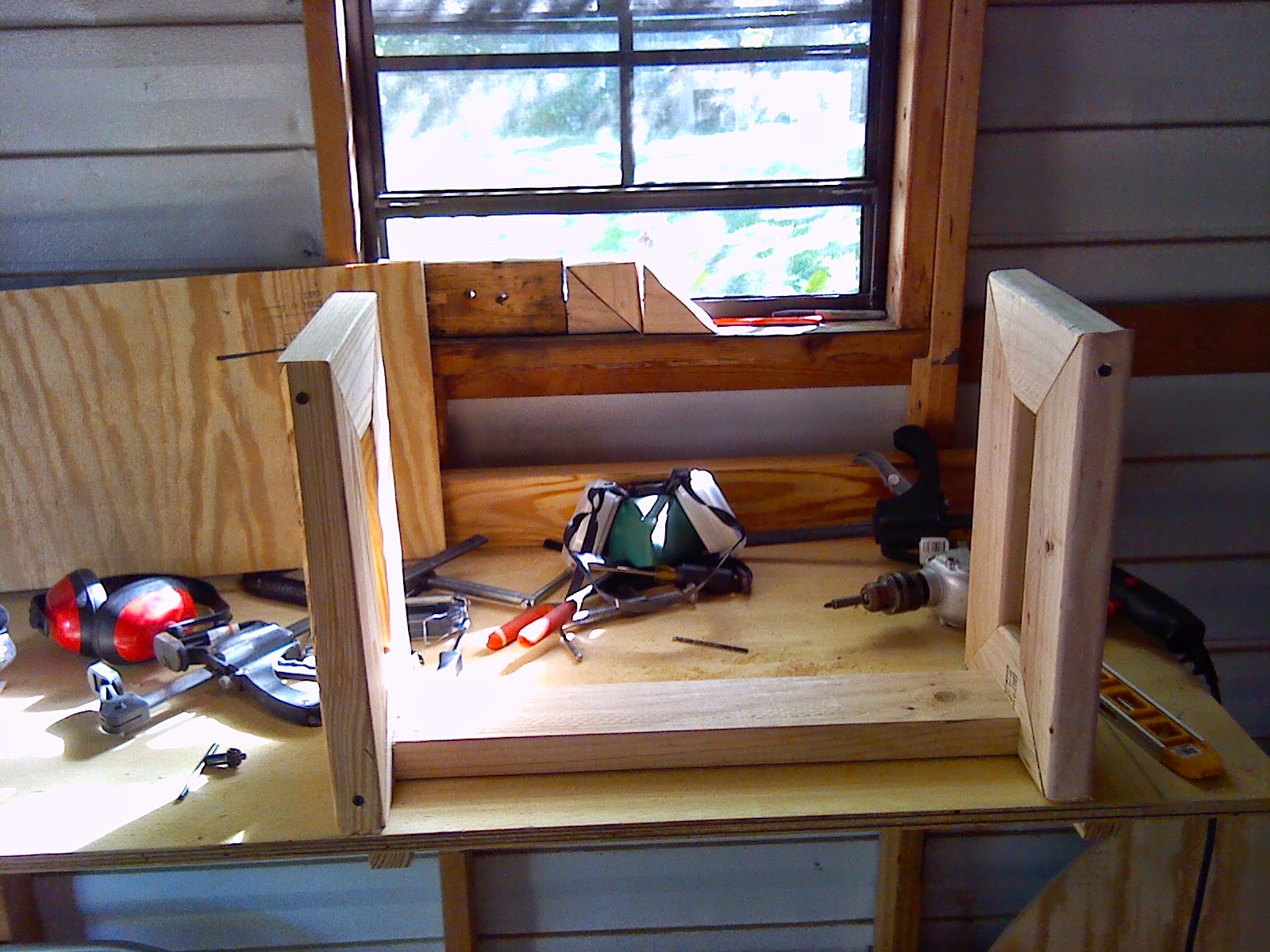 Screws don't look nice, but they are time efficient :-). Then, I made a frame that will be the drawer box to store the music sheets... too bad I play by ear, most likely that box will always be empty. 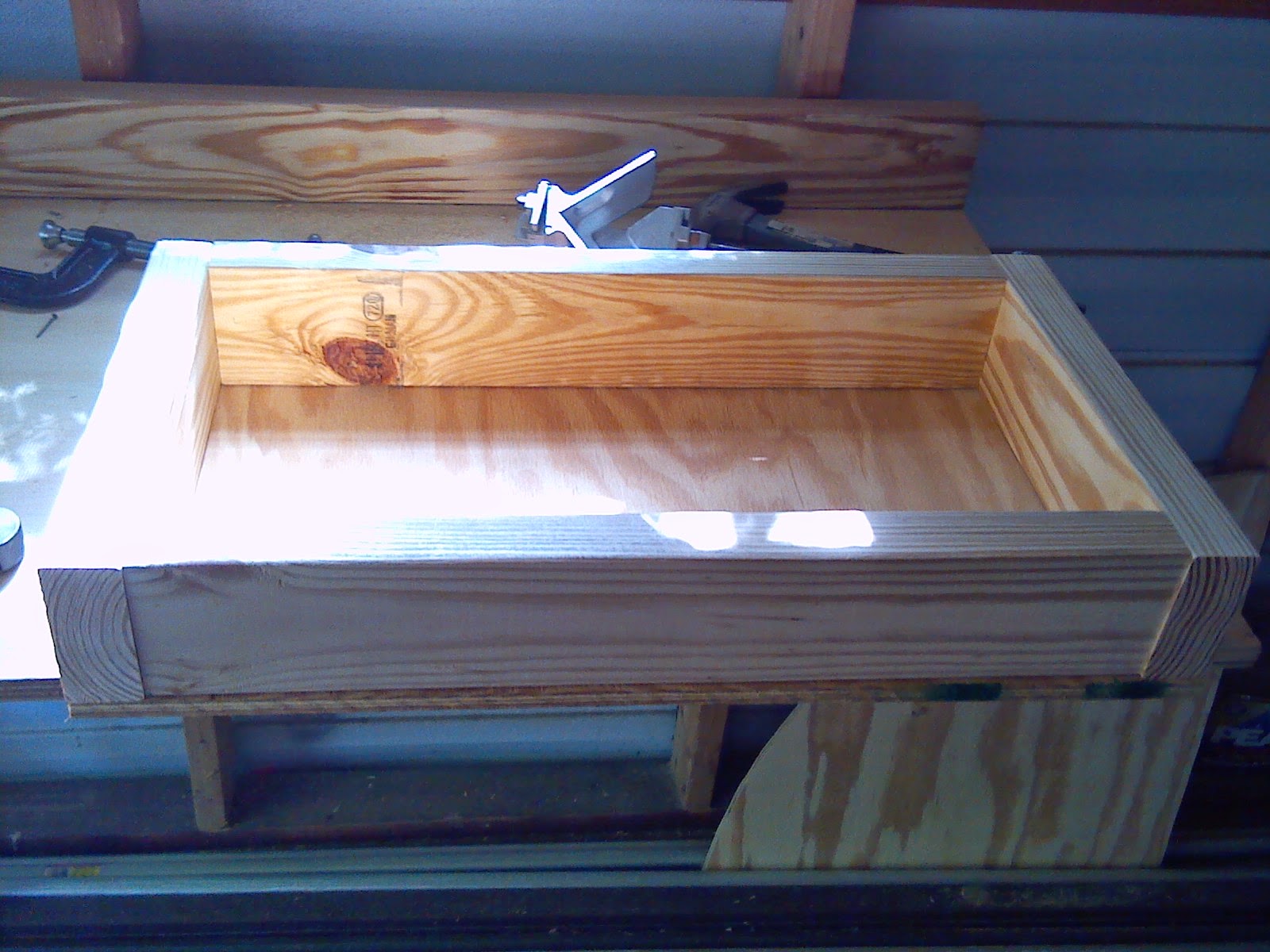 Then, it is just a matter of putting everything together: 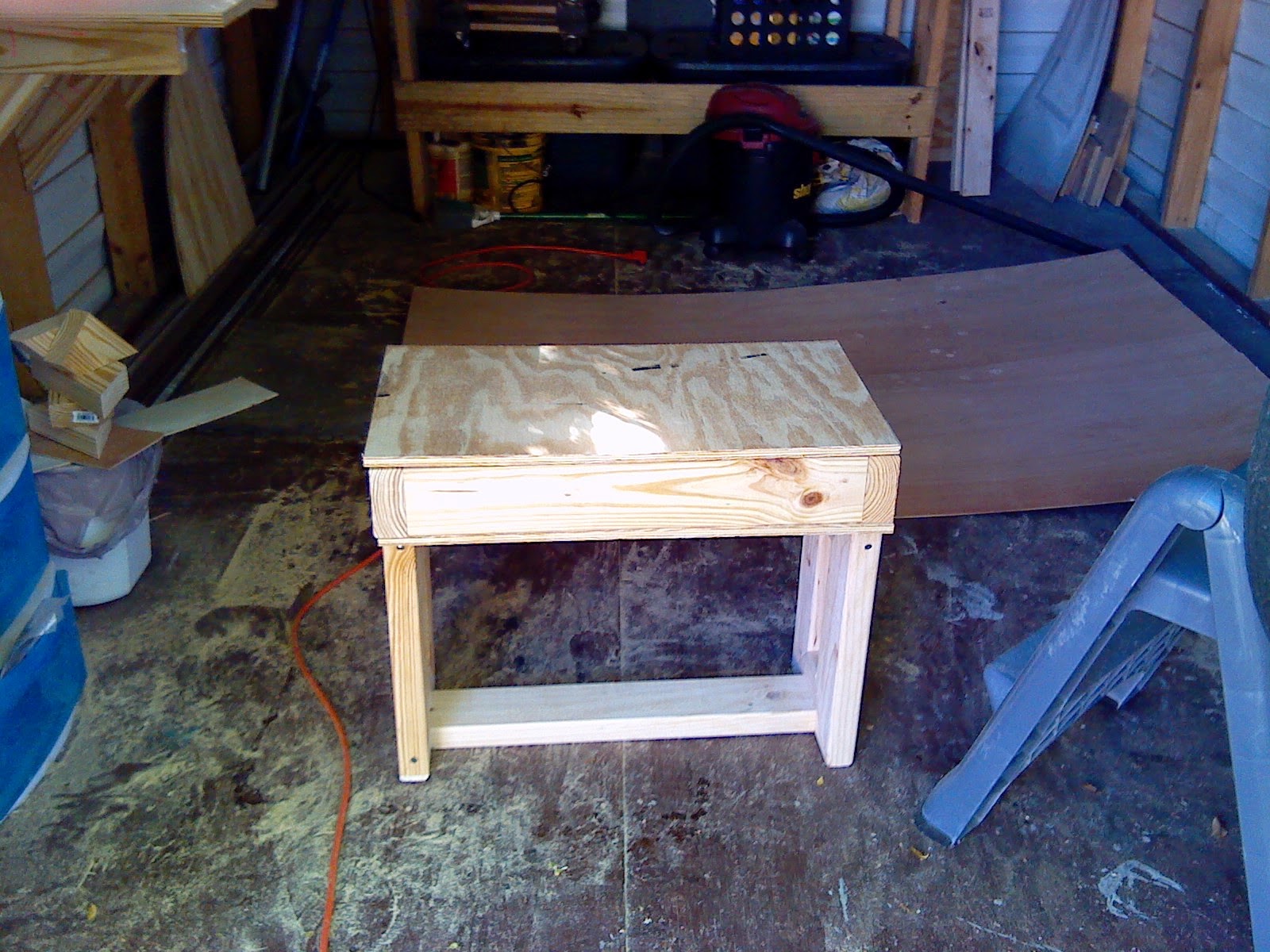 Attaching the hinges (got the thumbs up from the boss): 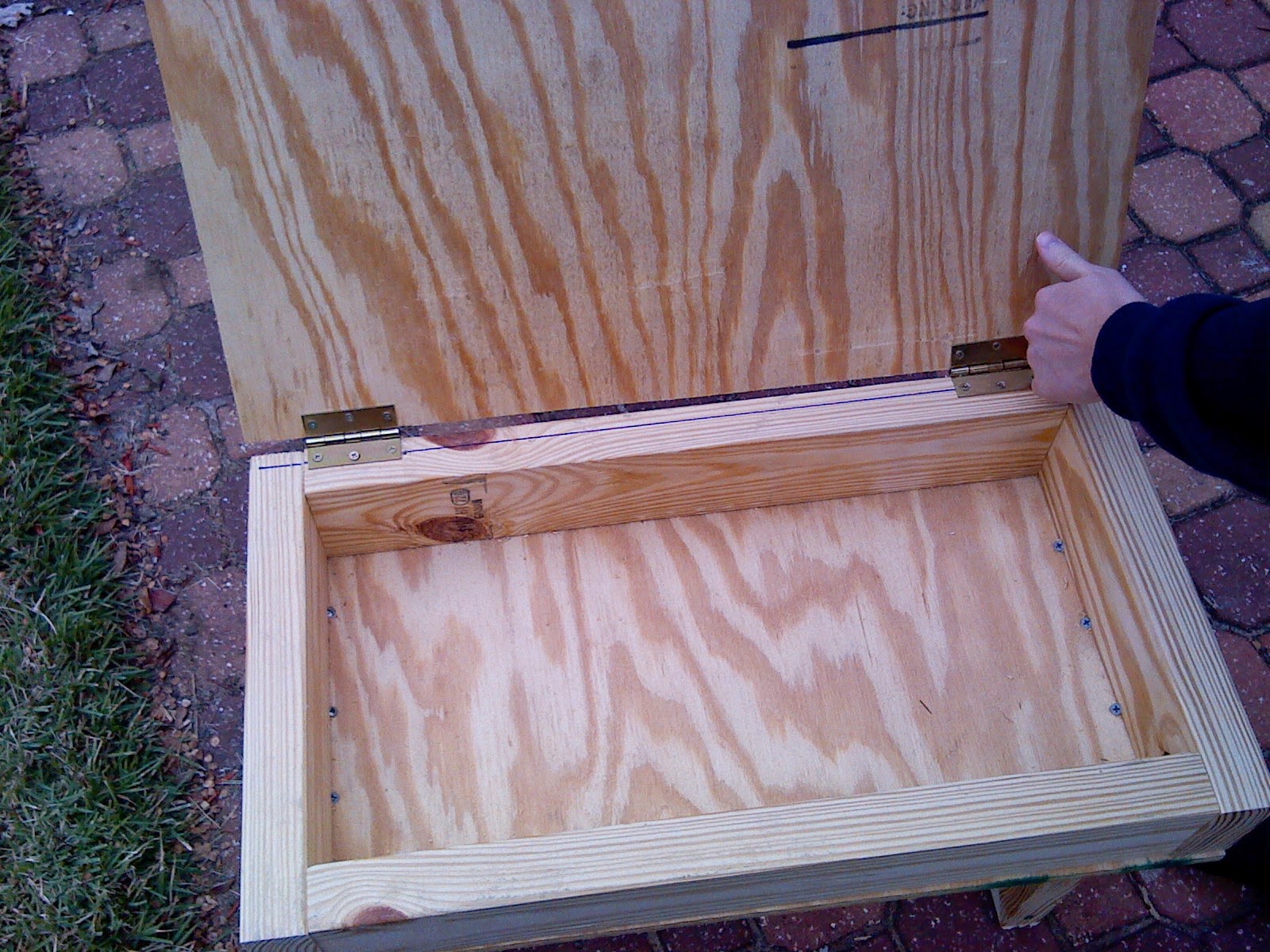 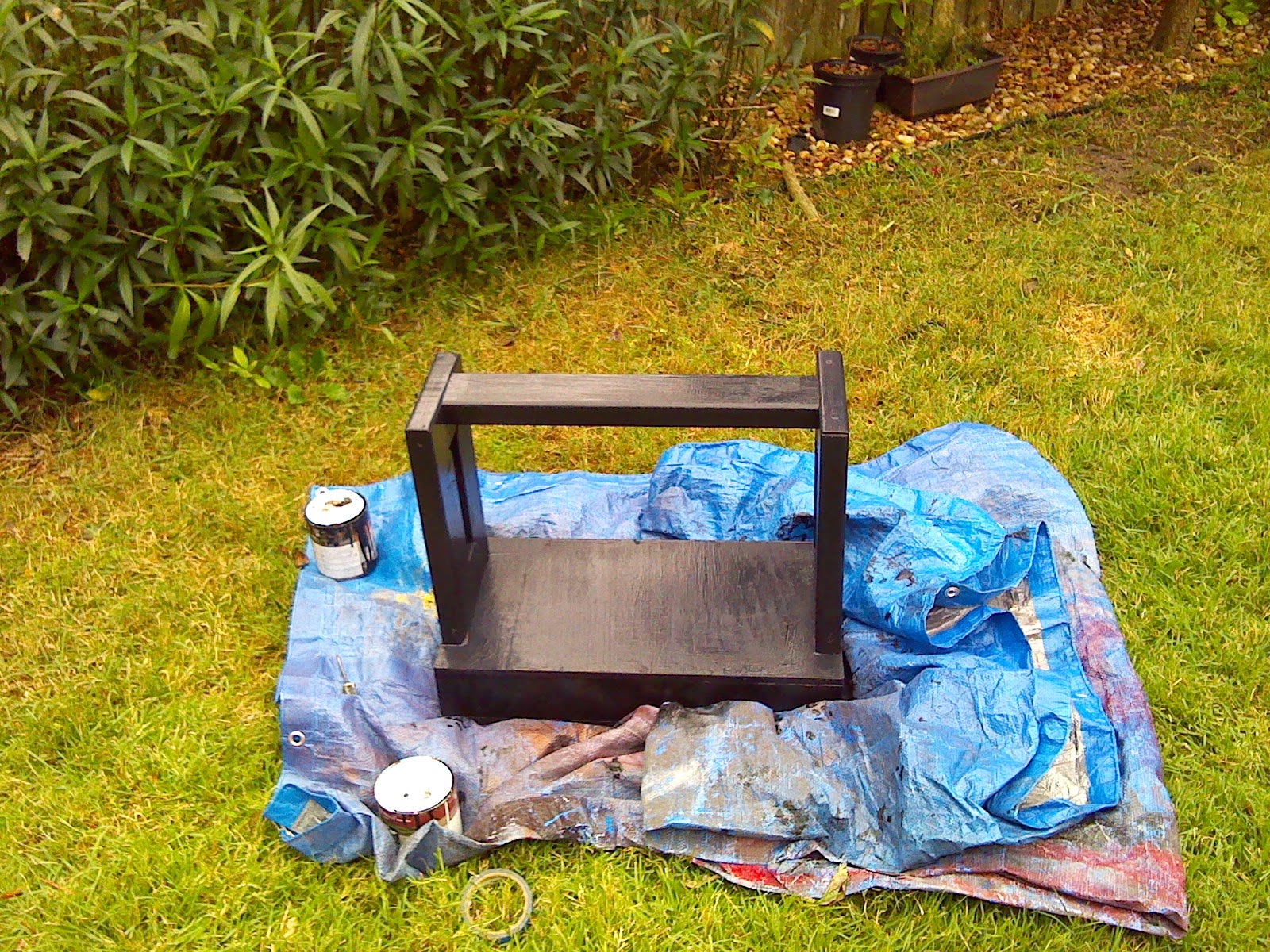 Upholstering... well, I had pictures of that, but I messed it up big time, then I got frustrated, ripped everything apart, redid it, and did not take pictures due to my frustration. Anyhow, here is the finished product: 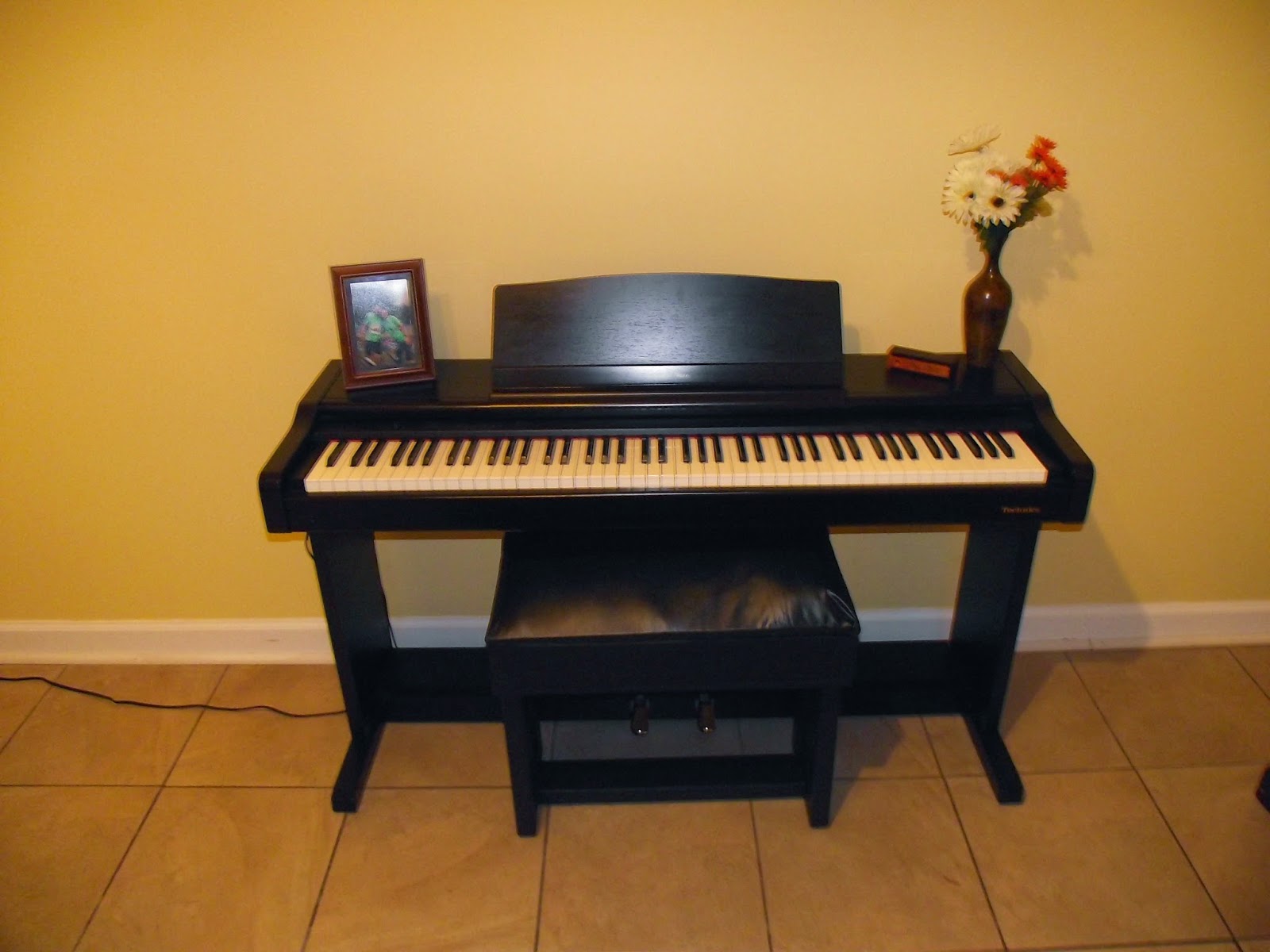 I still need a few felts to put on the bottom of the legs so that the bench slides easily. Other than that, the bench is finished.