There ain't no rest for the wicked... Today, we went pick up some coffee with our friends at Jayells Coffee, and Lynda (the owner) offered us two free pallets. I have been wanting to make some of those "upcycled" pallet chairs, so of course, we brought them home. 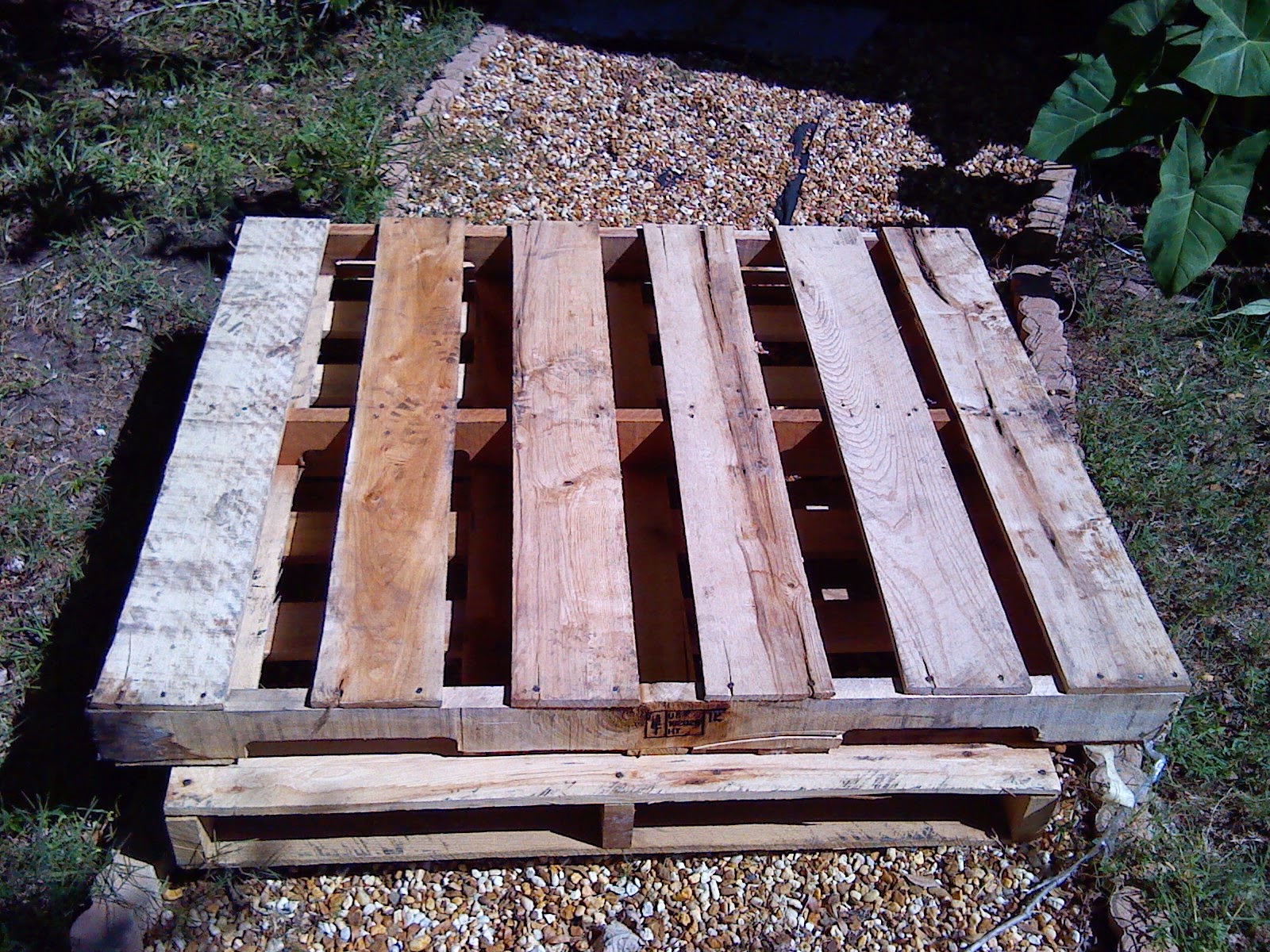 Hello, what is it that you brought? Smells like coffee... That's what Hope says. 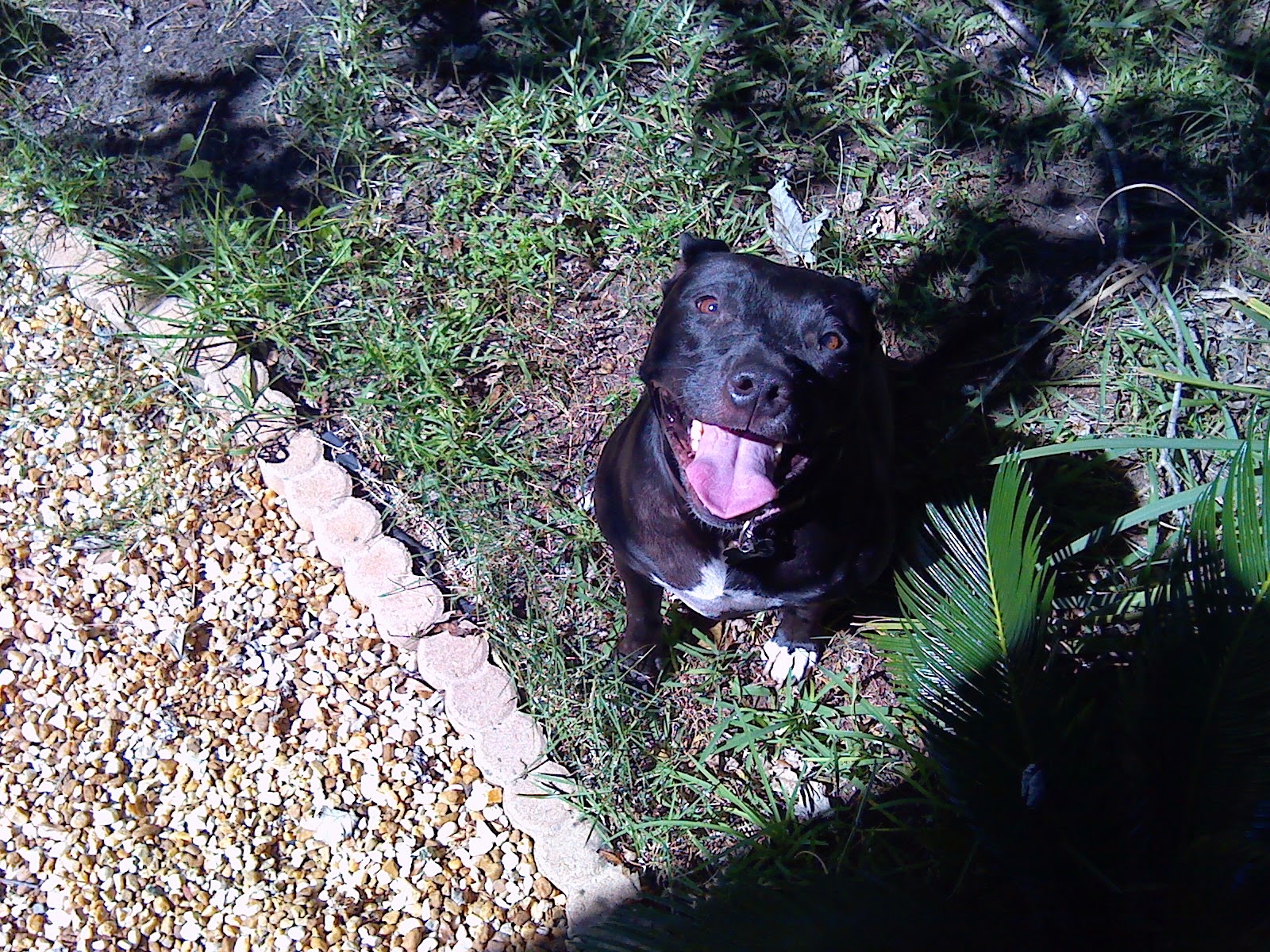 So, after watching my Baylor Bears lose to WVU, I went ahead and started to build the first chair. Tomorrow, I will try to finish the second one. So, I started cutting the pallet: 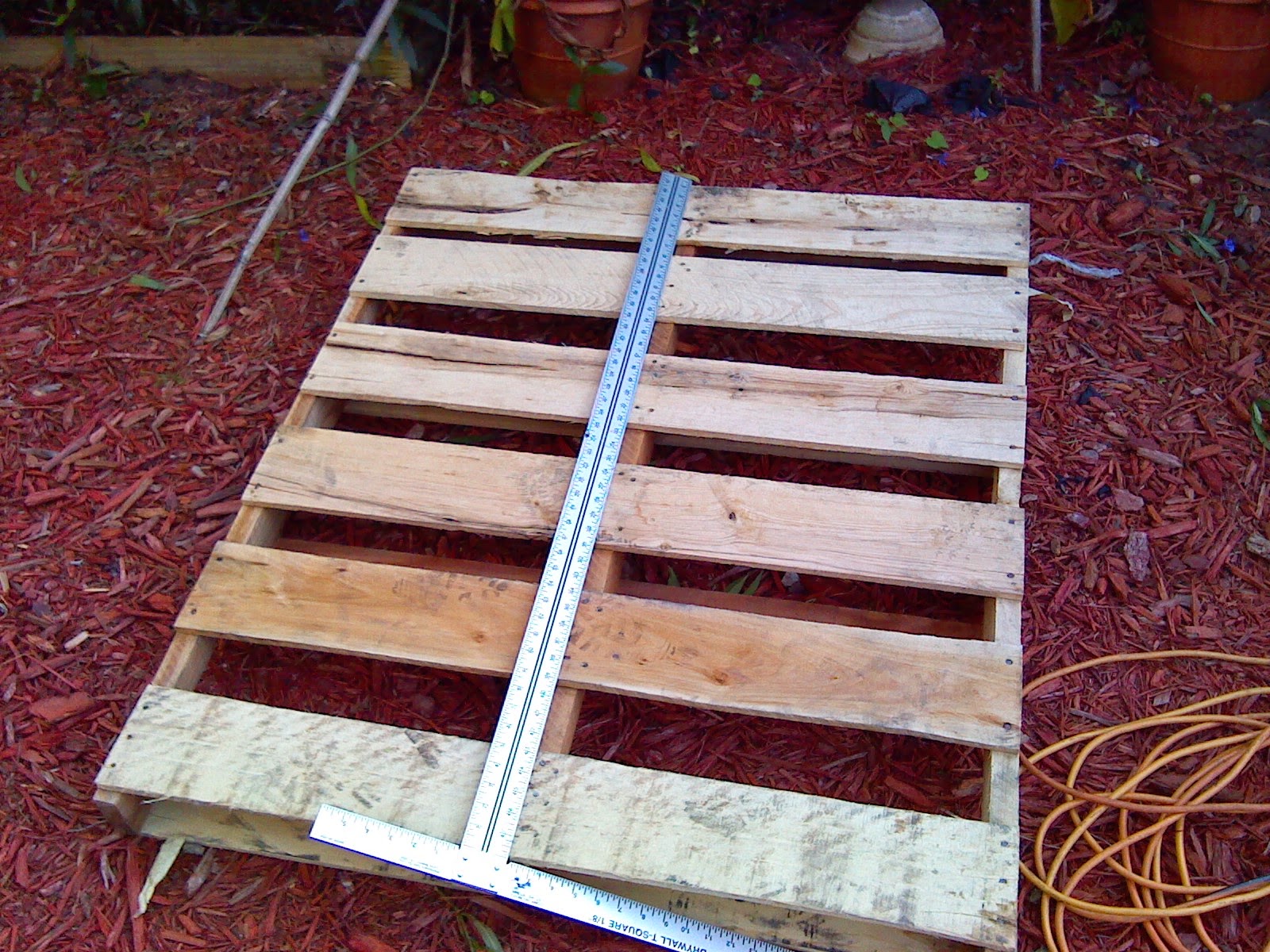 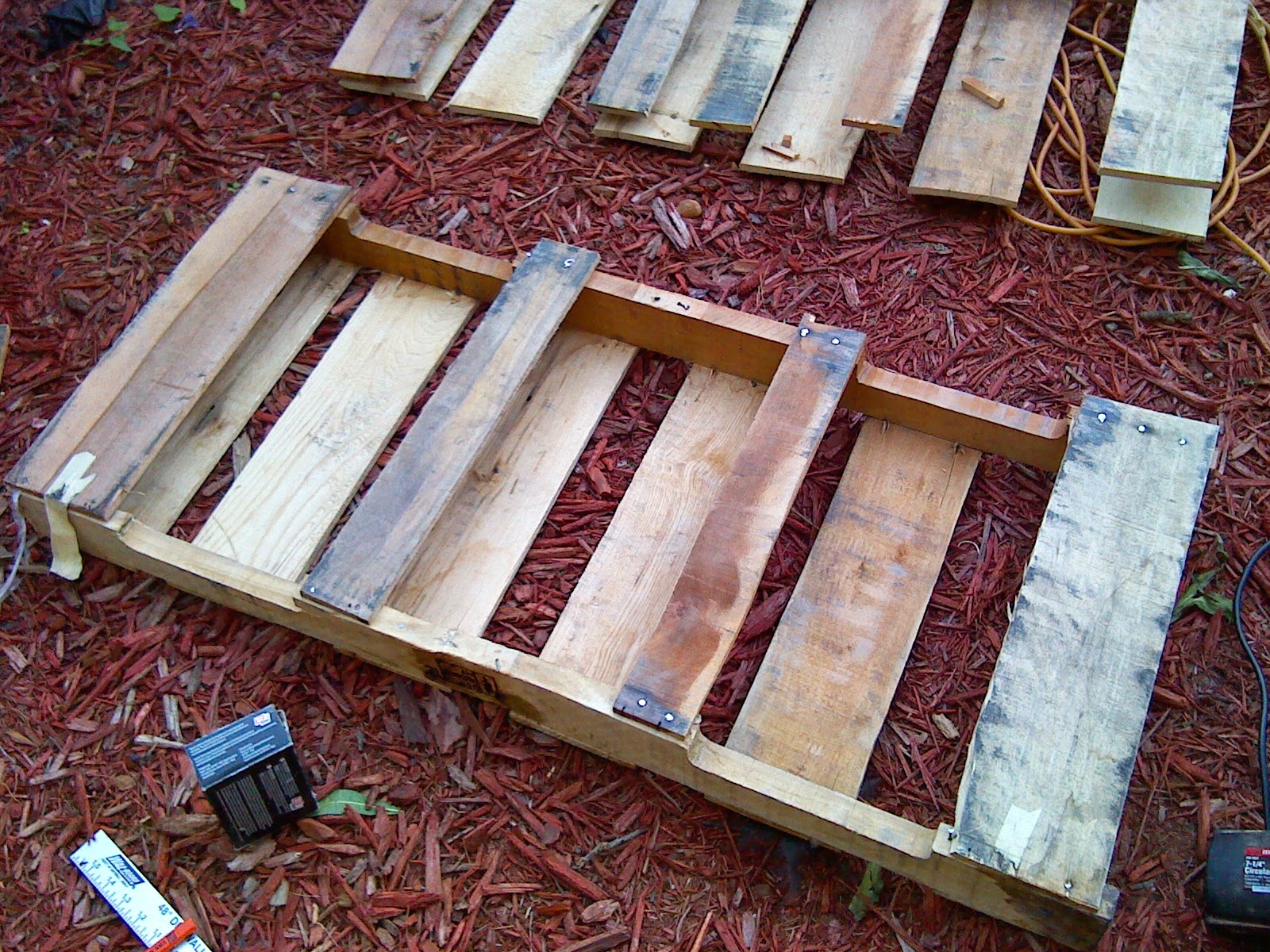 Make sure those cuts are made as flush against the middle board as possible. I did not do this and ended up having to cut them flush after the fact, no biggie anyways. Then, cut this piece in half at a 45° (or close to that).  (EDIT: 45° ended up being to laid back. I ended up transforming the chairs into pool-side loungers, so it worked out. I'd say 60° should be better) I added an extra board to the sitting area: 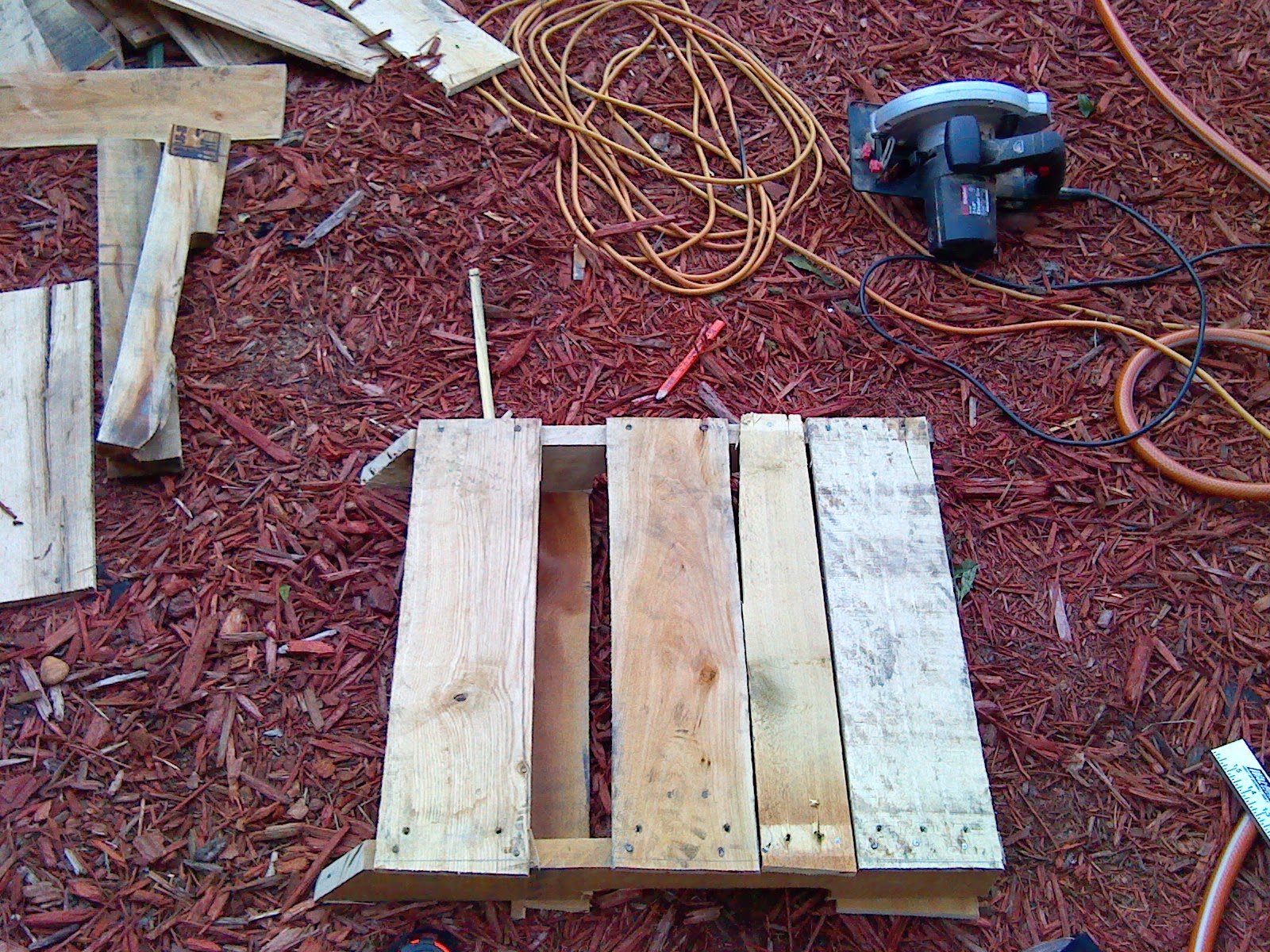 Now you need to remove all the little boards from the remaining beam: 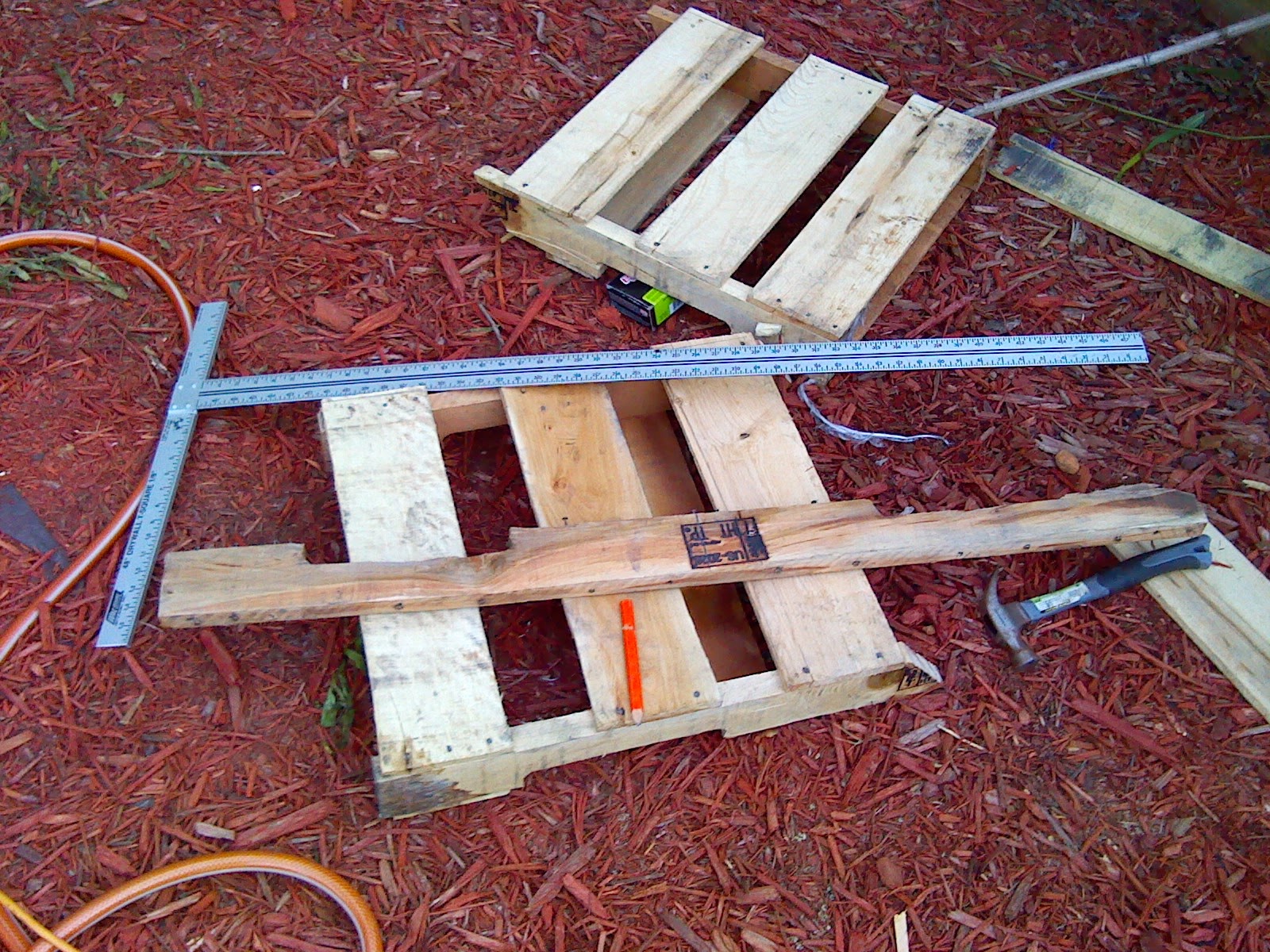 From this piece you can cut your back legs. I did not like the way I cut these pieces. At first I cut this piece in half, but found that the resulting legs were too long. Then, I had to cut them a little shorter, but I found out that pallets are not symmetrical in a bad way. So, my advice is put the seat at the height you want it to be and cut the legs at the appropriate height. Once this is done, you can screw the legs on the side, like this: 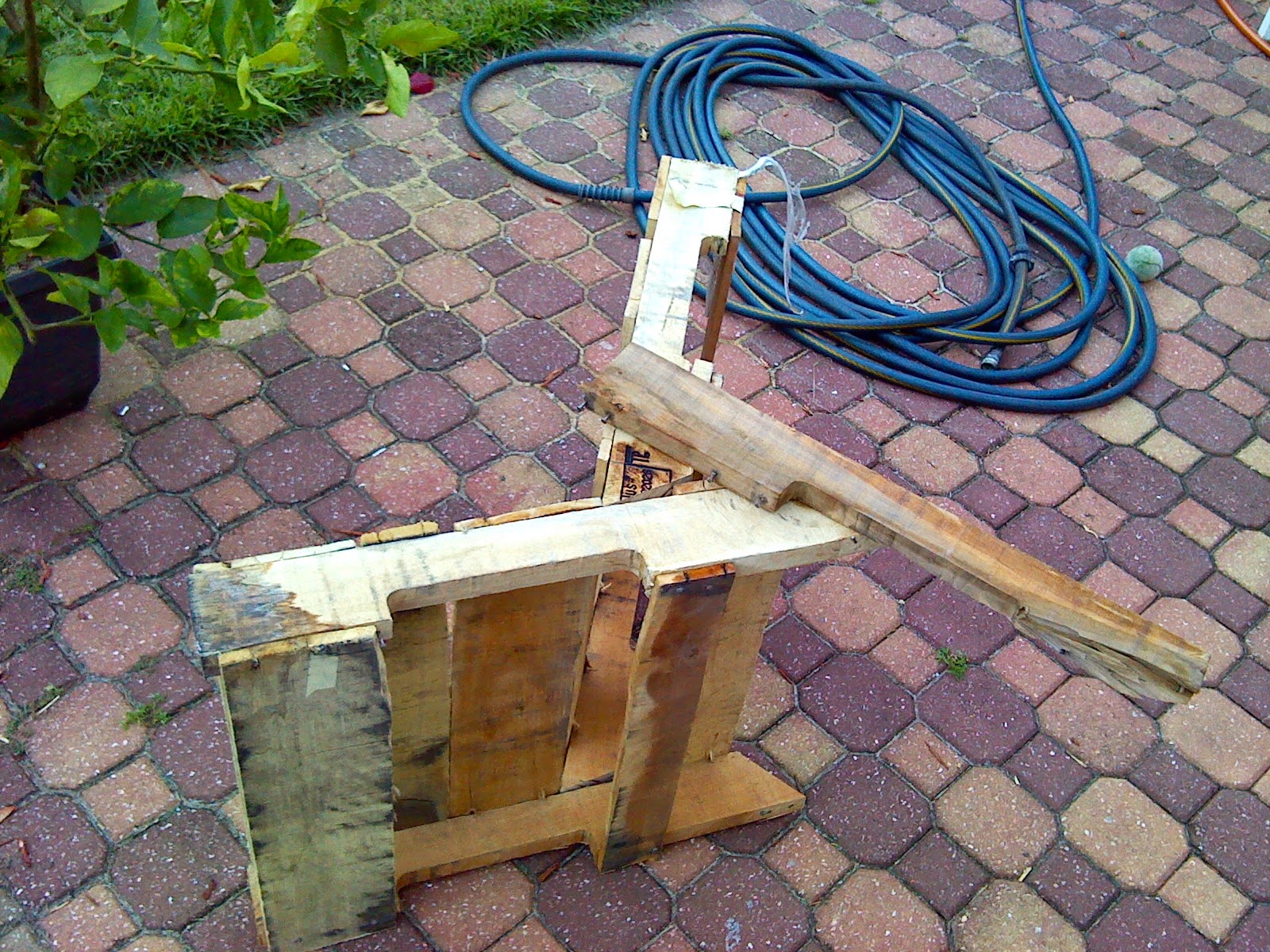 You see, that leg was way too long. You will need two screws on the top and bottom part. To make the back stand at the same height, I had cut the front legs out of a 2x2 I had in my shed, I attached the front legs (identical pieces) and then determined the height of the other rear leg: 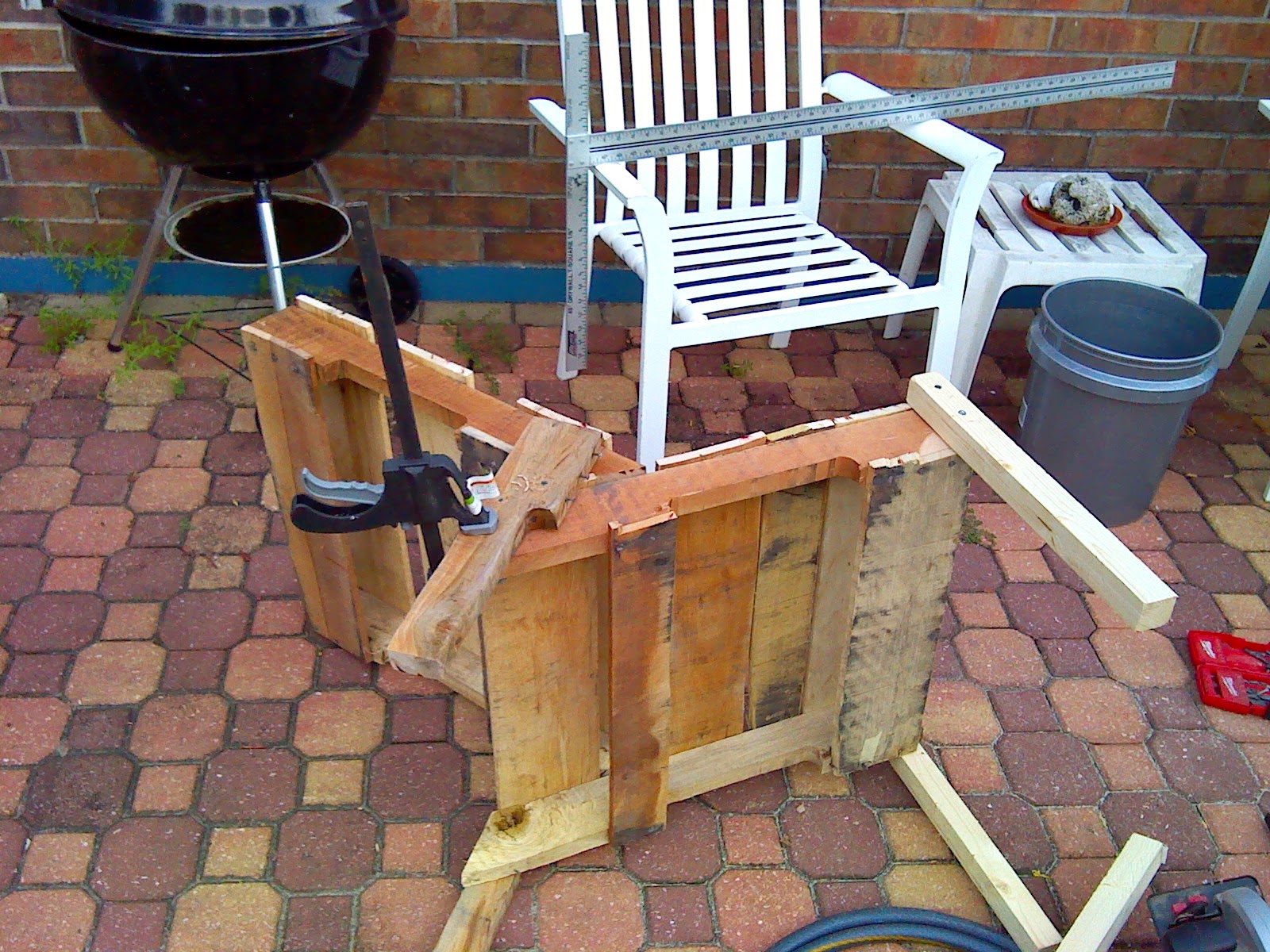 Then, I put some long screws to secure the rest and the seat together and voilà: 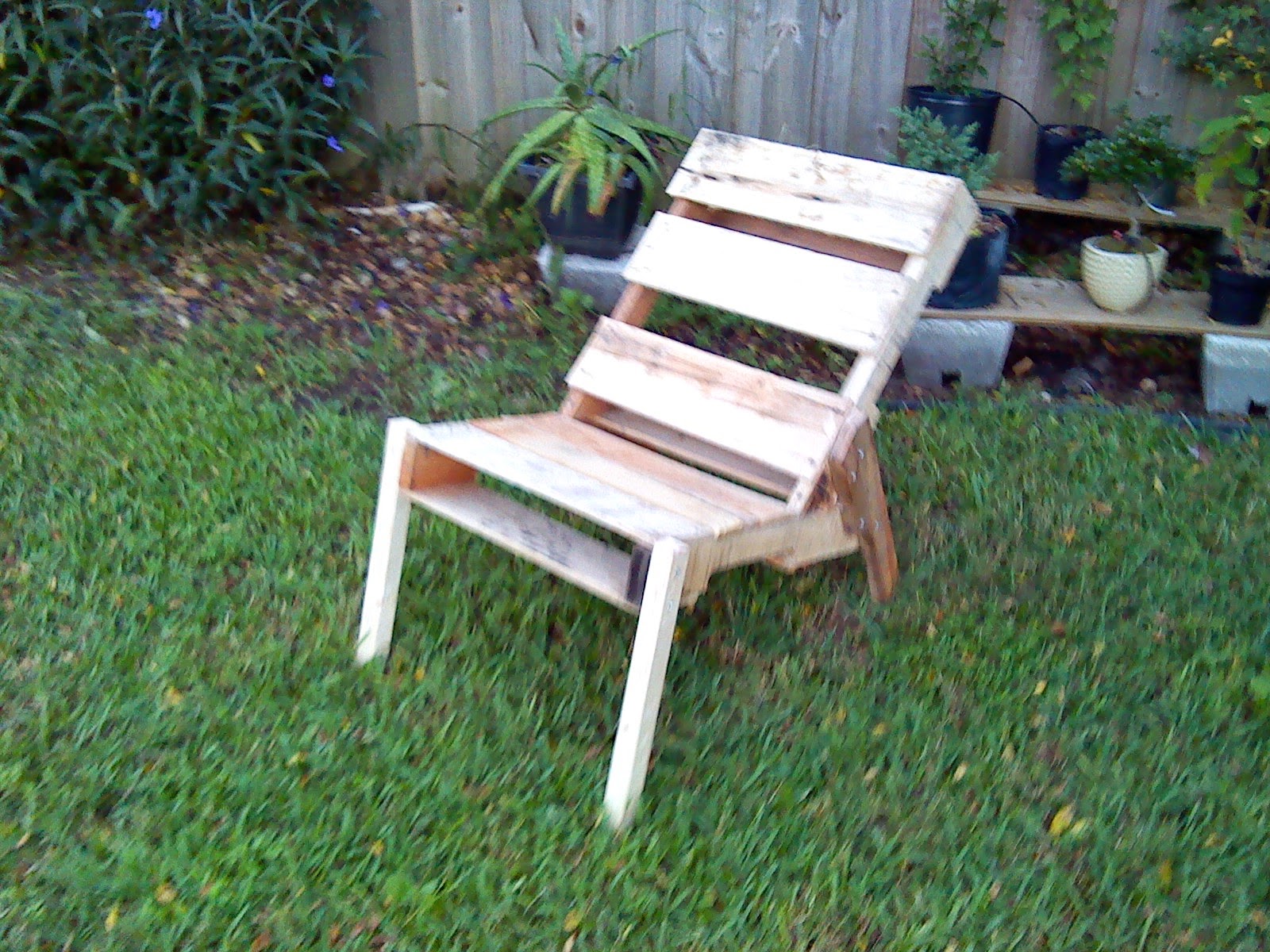 I definitively think it needs arm rests. Other than that, it is pretty comfy. The advantage of this design, is that you just use one pallet and about 34" of a 2x2 (97 cents at the hardware store). Now, it is time to paint the chair with some linseed oil, to protect it from the elements while keeping the rustic look.

I will post another update tomorrow, hopefully with the two chairs and maybe some arm rests... we'll see. 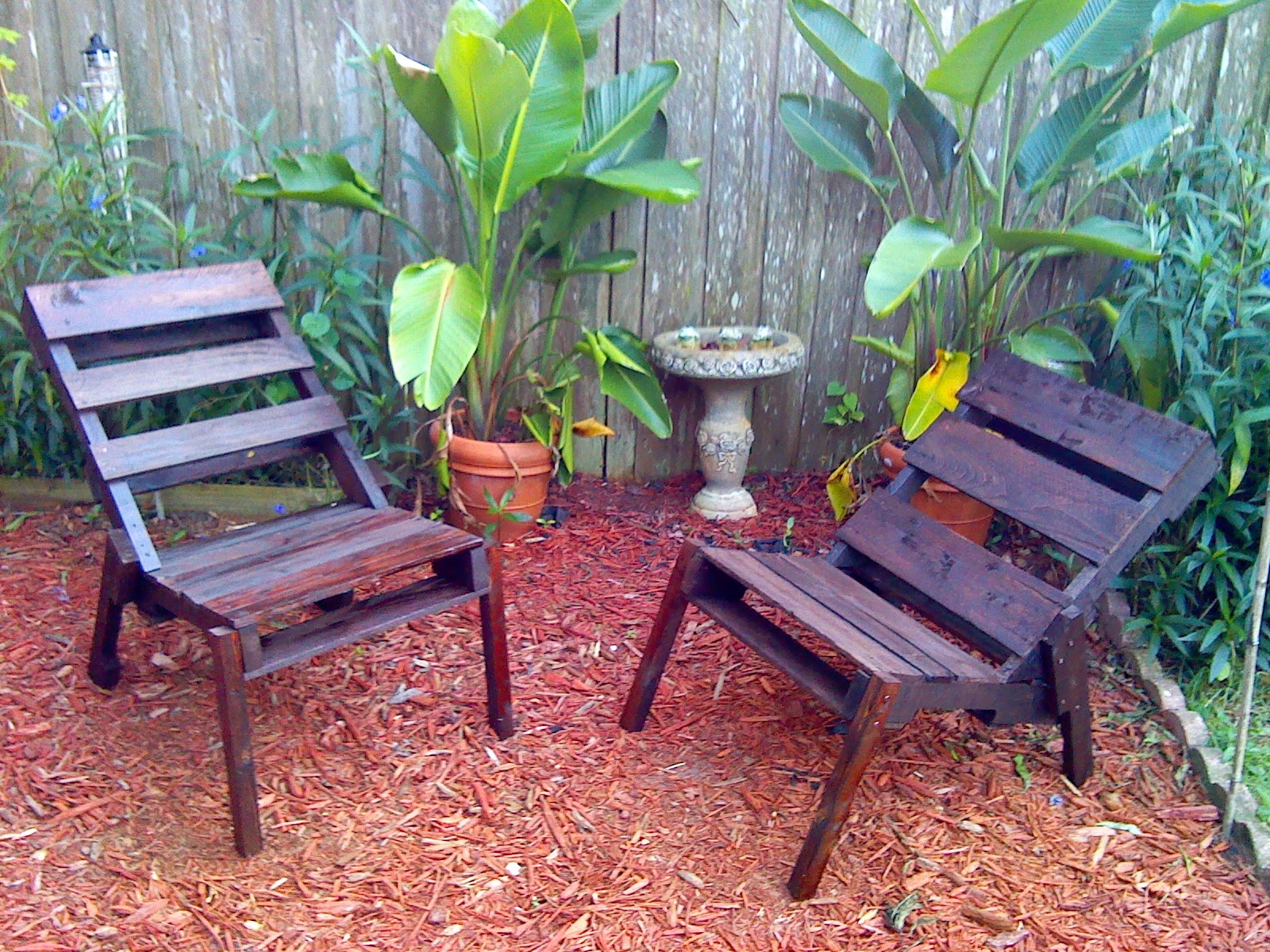 We ended up staining them. I like the color. It was a red wood stain.