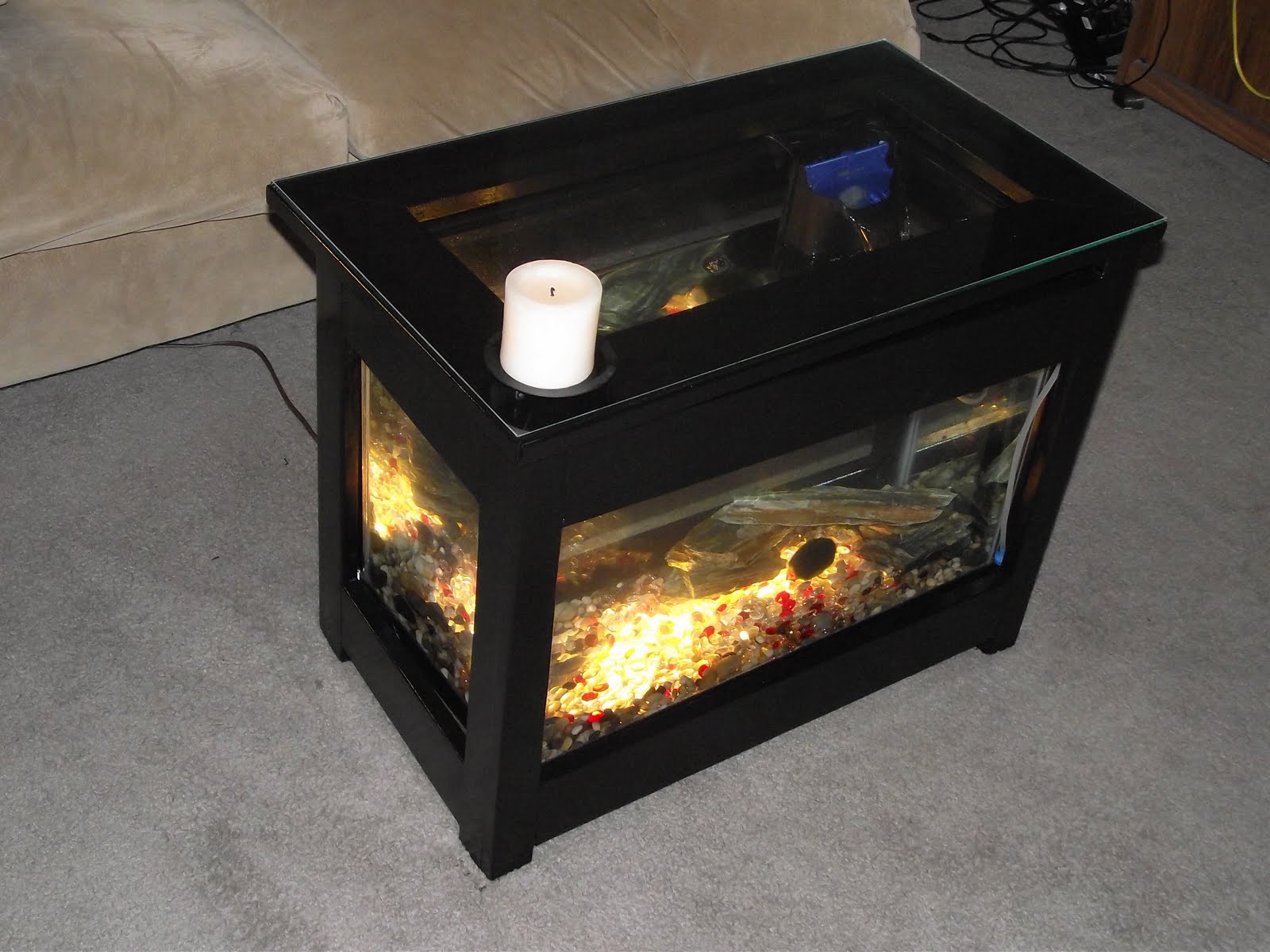 This is a project that my wife and I built on a 3 day weekend. We only had a jigsaw, and orbital sander, and a drill. Here is the story. I saw one of these cool fish tank coffee tables and thought it would be awesome to build one. I learned a thing or two about fish in the process. This was our first honest-to-goodness fish tank.  The first thing I did was to make a platform for the fish tank with 2x4's. Notice I left a gap between the top part to run cables in and out. My intention (as you can see from the pic) was to put the lights underneath. Not a good thing, as algae will form underneath your gravel and your fish will swim upside down. Notice that on the the first picture, the light has been moved to the top. 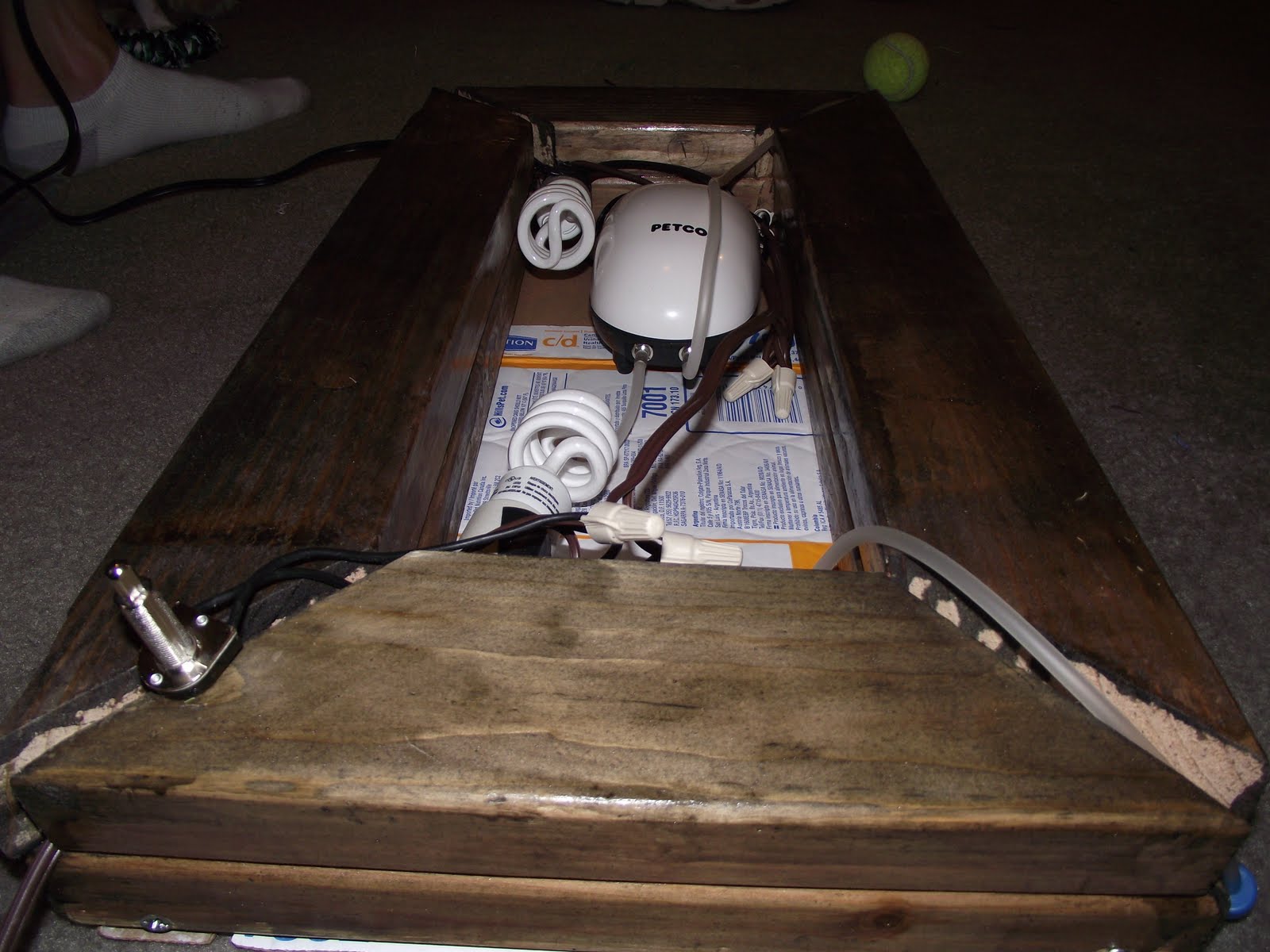 Then I built the legs around the fish tank (this is a 20 gallon high tank), so that there is enough clearance for cables and airlines. An air pump can be installed as seen in the following picture. I do not like air stones, and the water gets oxygenated enough with the ripples formed by the filter. 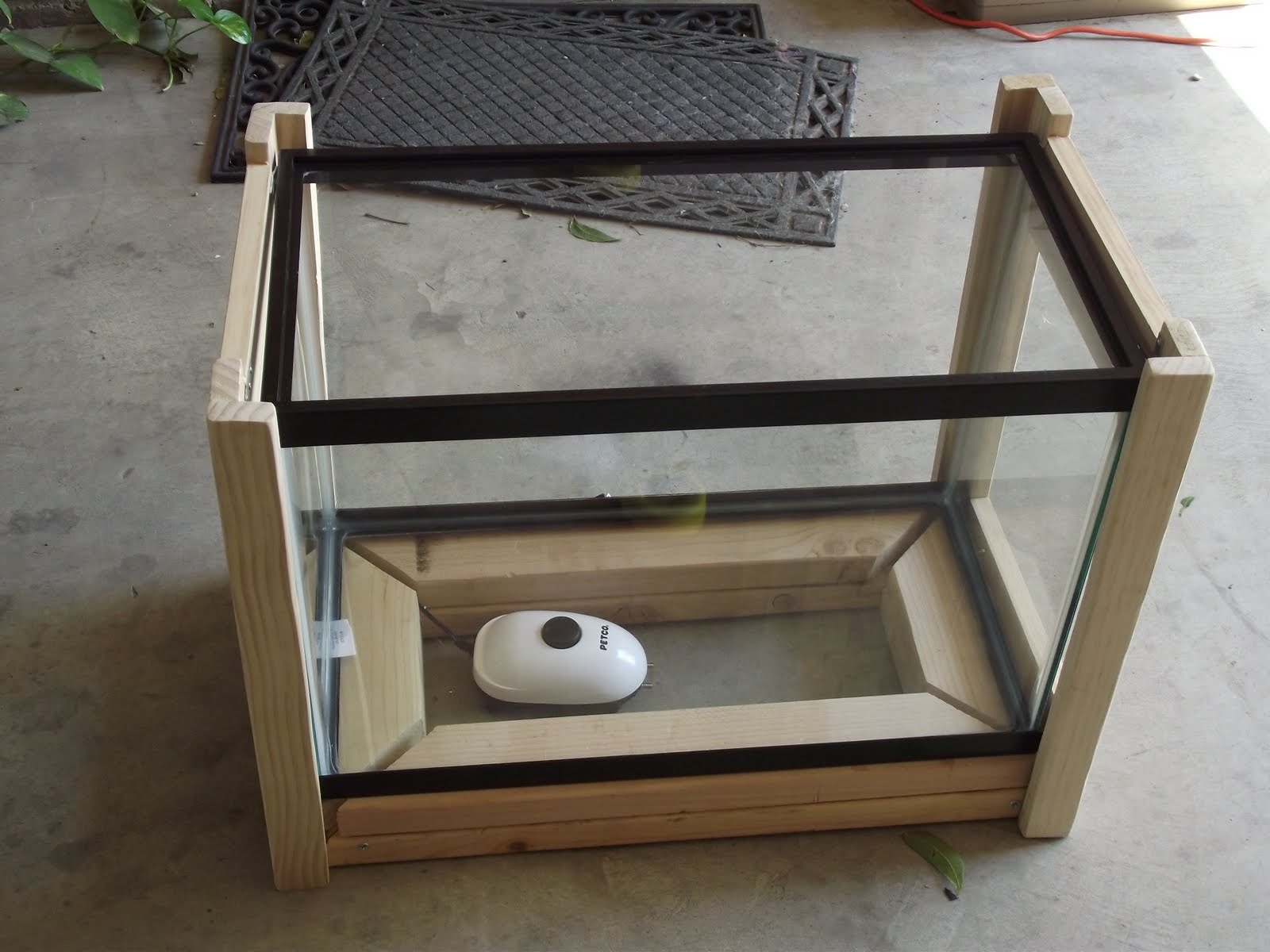 The next step was to attach pieces on the side and make a lid. I wish I had better pictures of the lid. 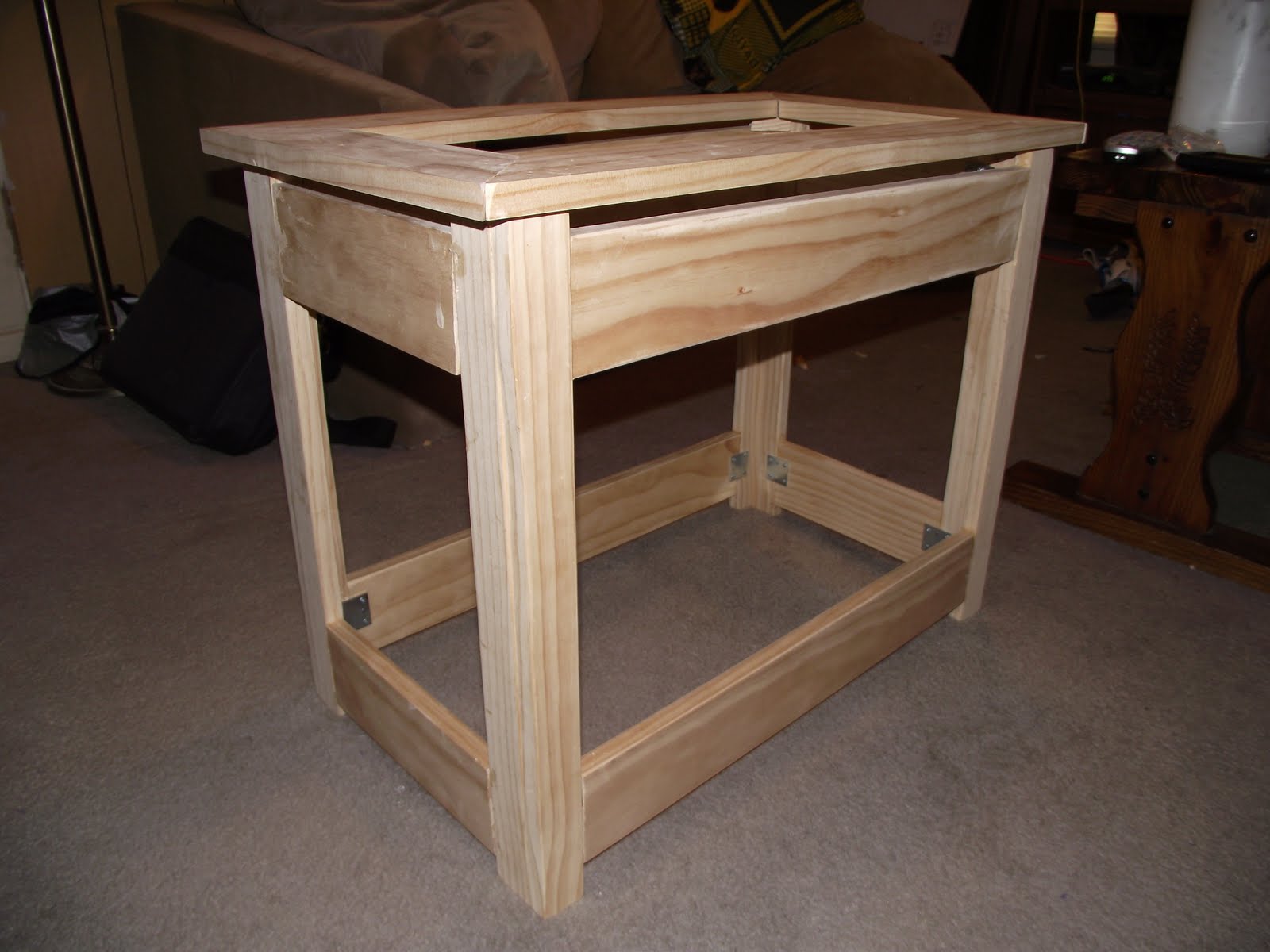 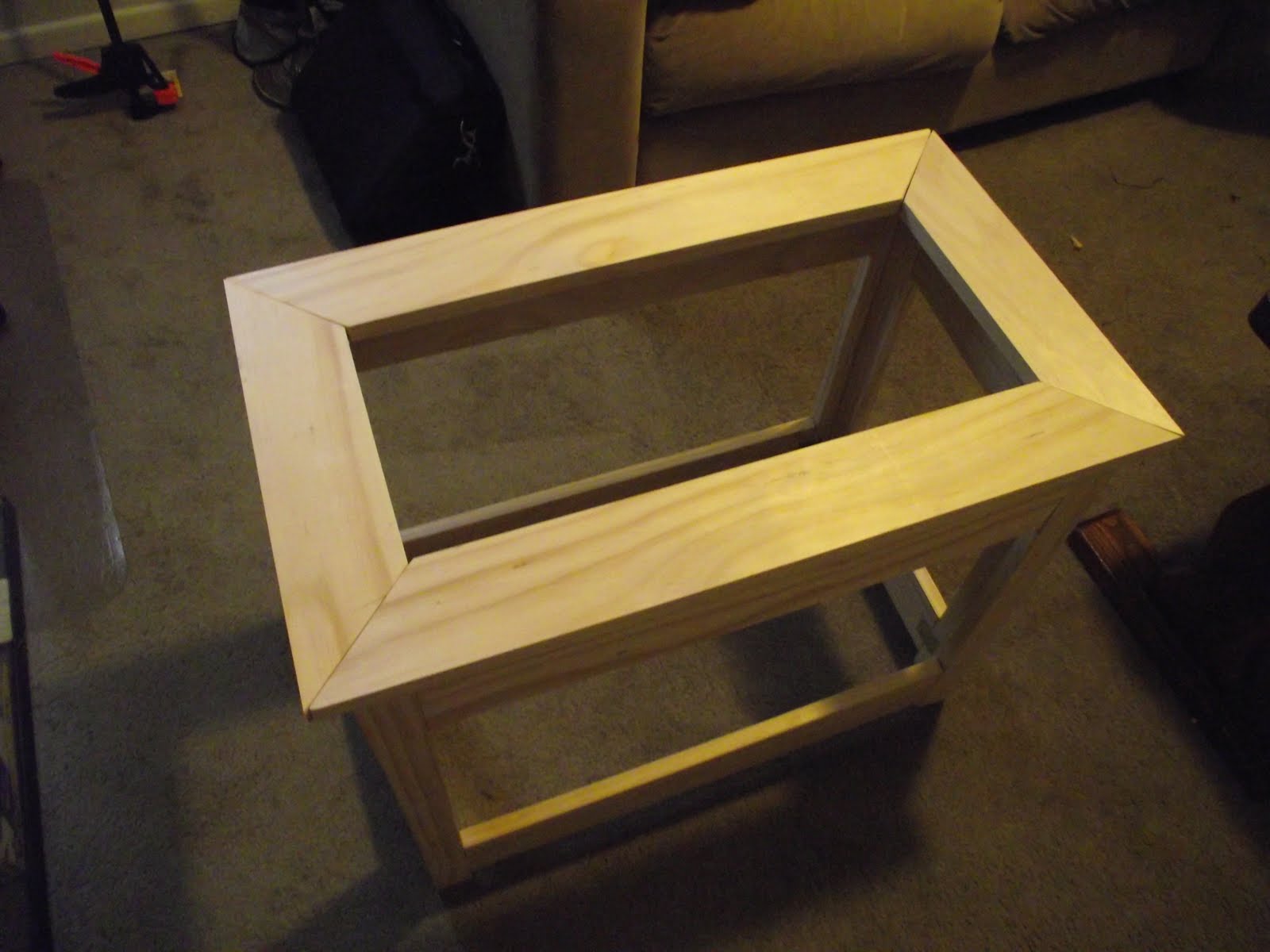 Now to stain the wood. Notice the picnic table... That poor thing got burn with my welder, painted, stained, until it eventually was removed, luckily now I have a work bench: 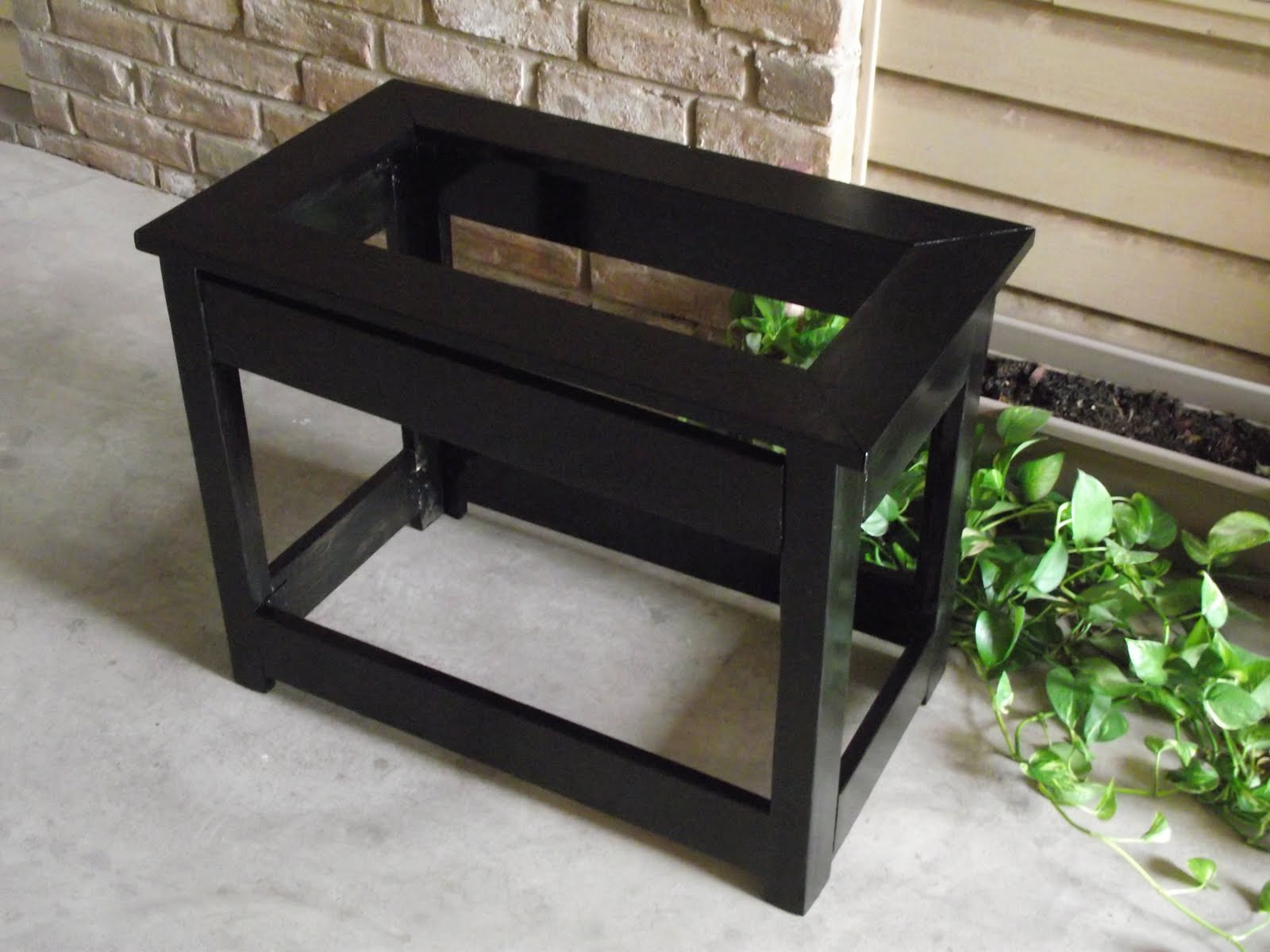 Then, I added those weird glass pebbles, to let the light through. Again, bad idea. This will trap fishy poopy and mess with the water chemistry of the tank. You want a fine substrate, thus the light has to be on the top. Thankfully, now LED lights are very compact and can be installed easily. 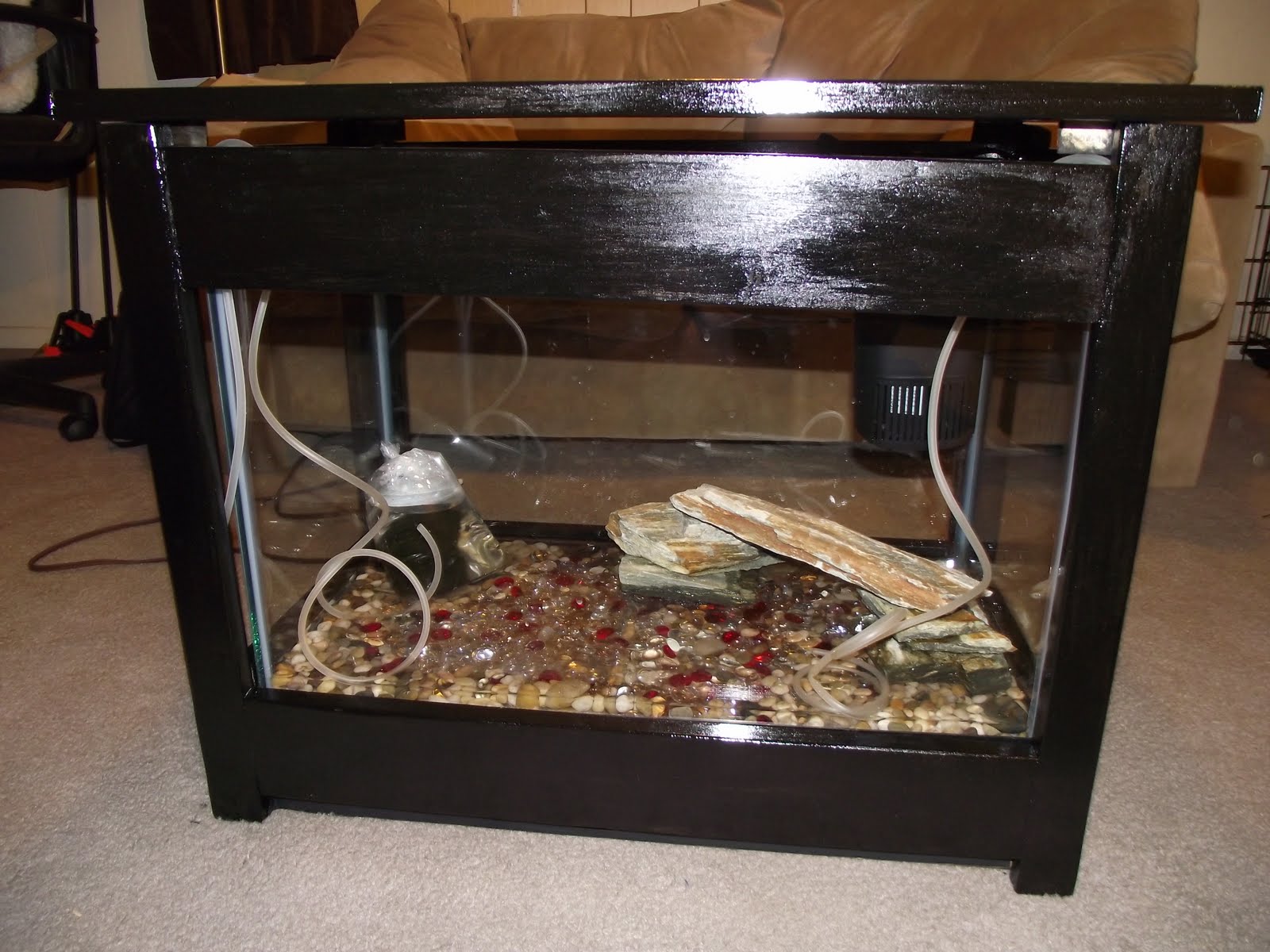 We had this setup like that for a while. Say hello to Pete (she is a girl, we didn't know). 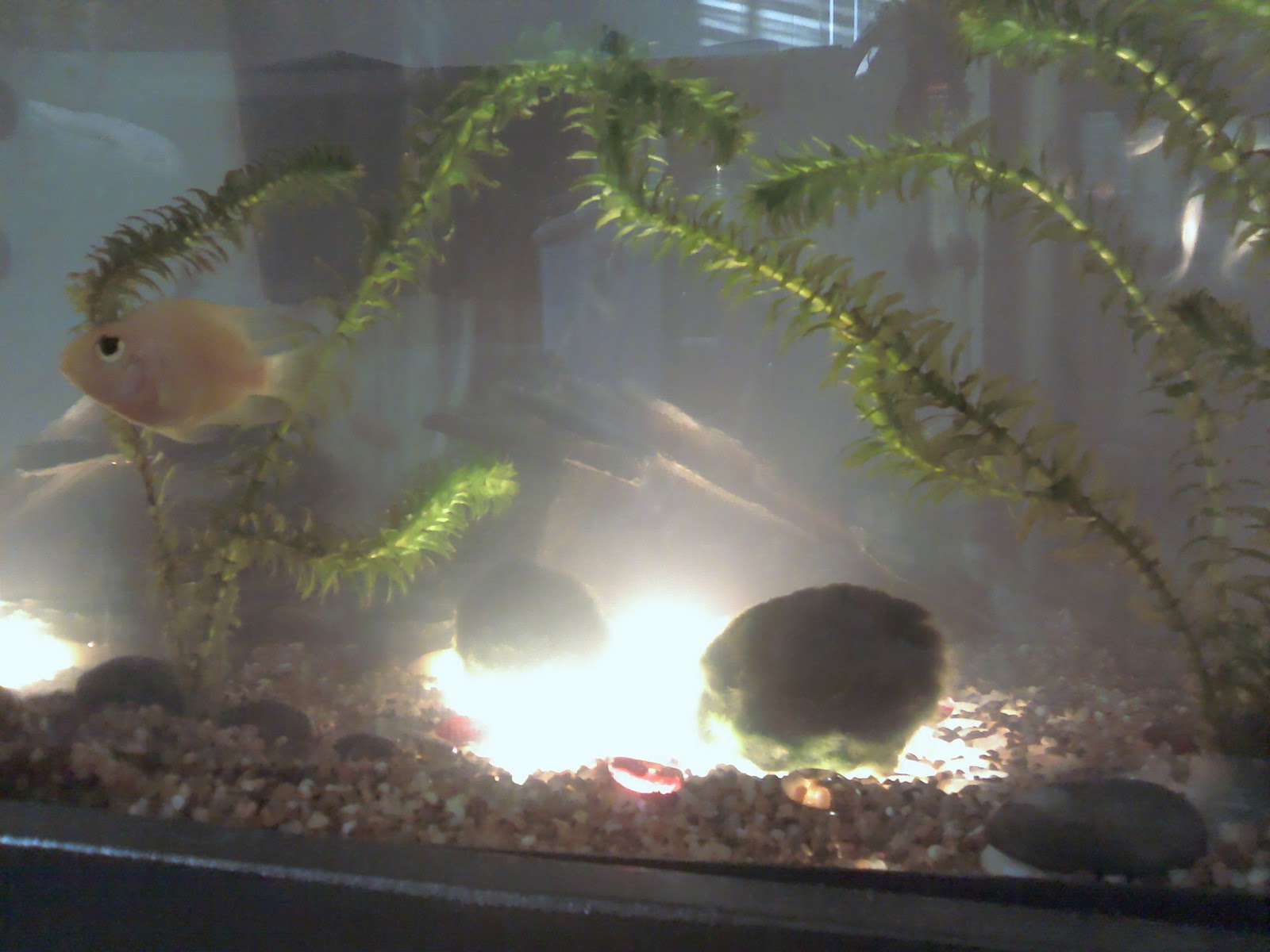 Since then, we changed the light and we have Wilson, the blue betta, living there with some neon tetras, some cory cats, and a bristlenose plecos. They all get along just fine. Don't believe that stuff that bettas need small tanks and no tankmates. Please do not put two male bettas together, though. 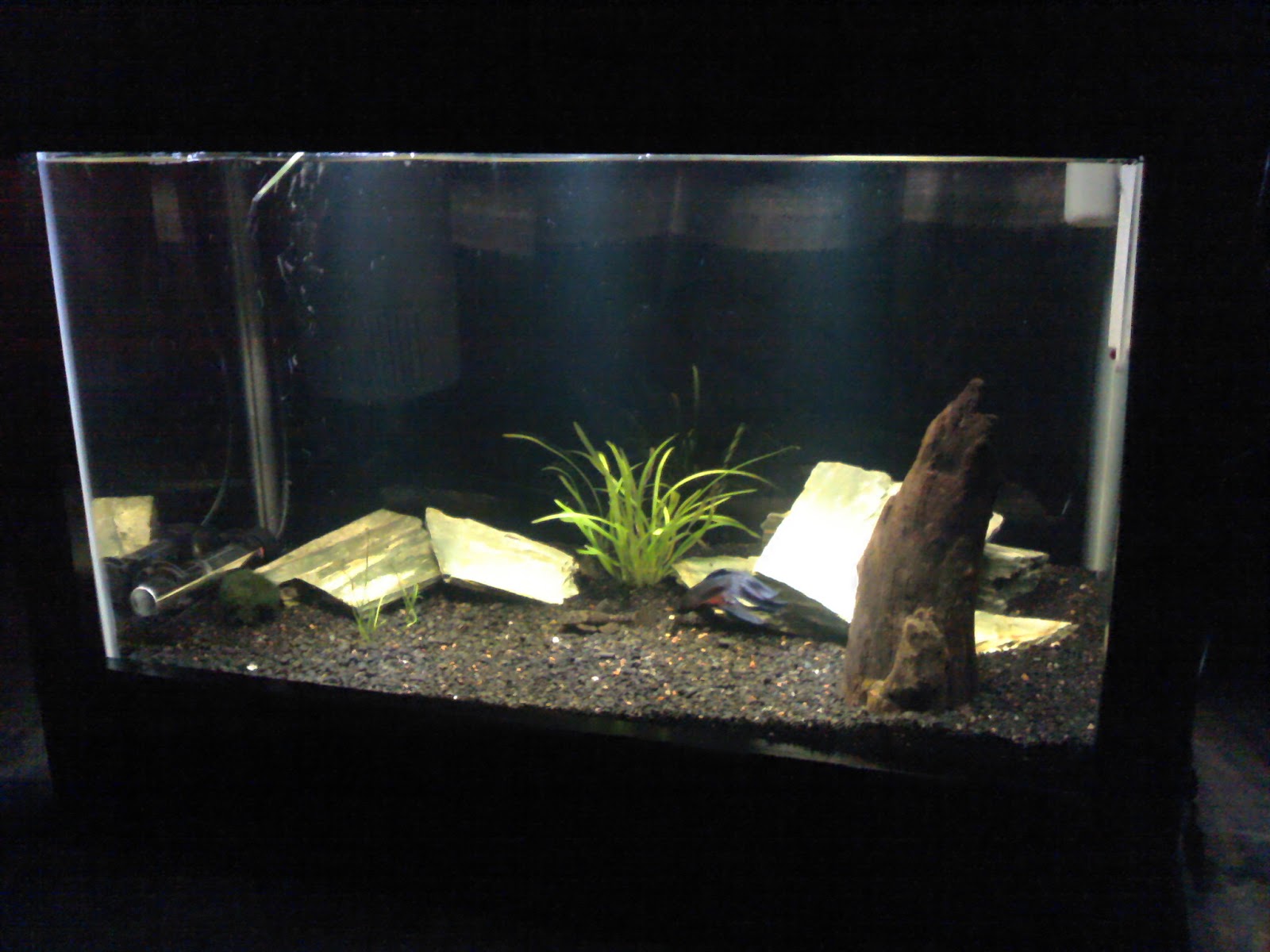 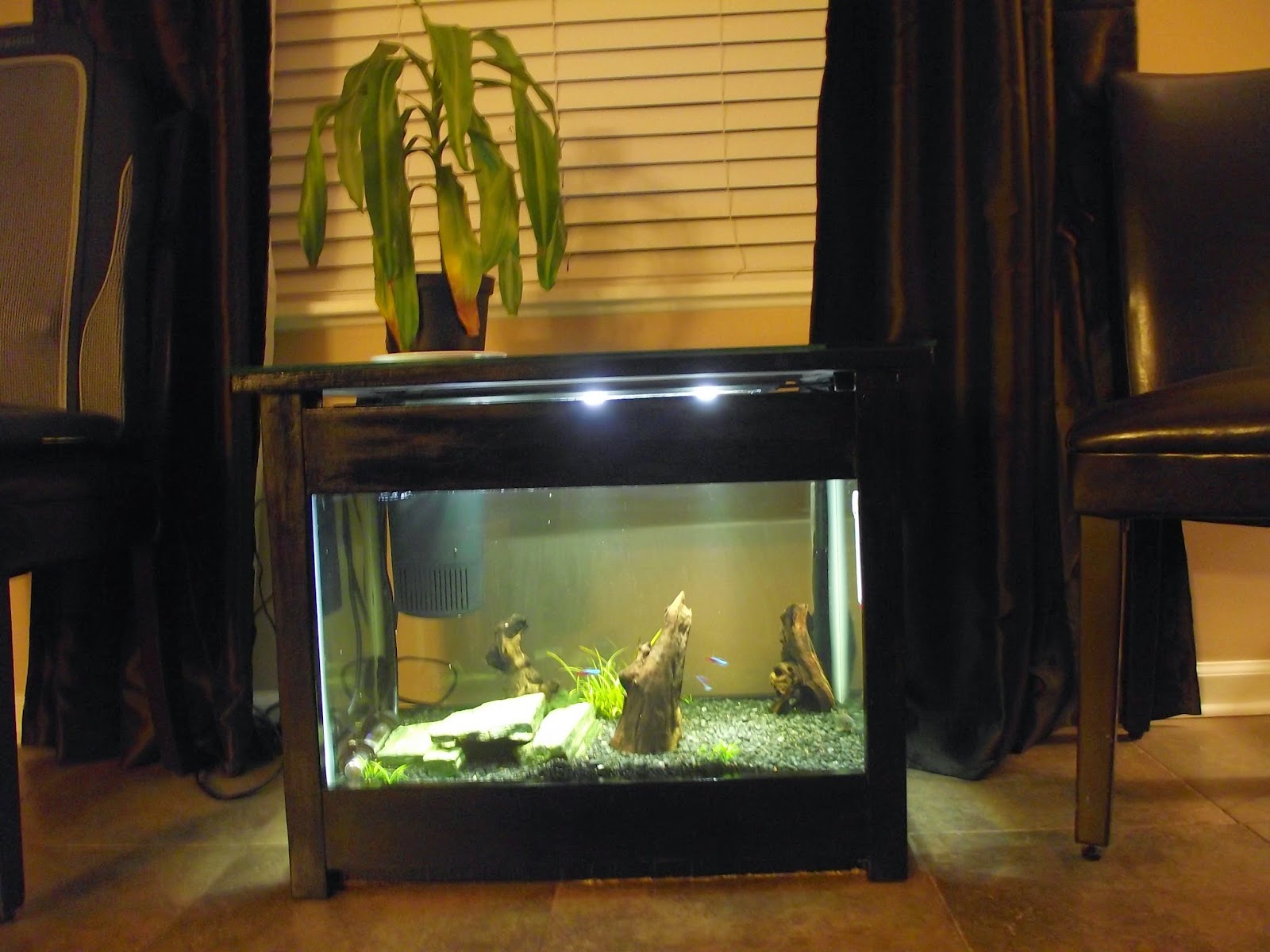 Pete has moved to our 55gal tank: 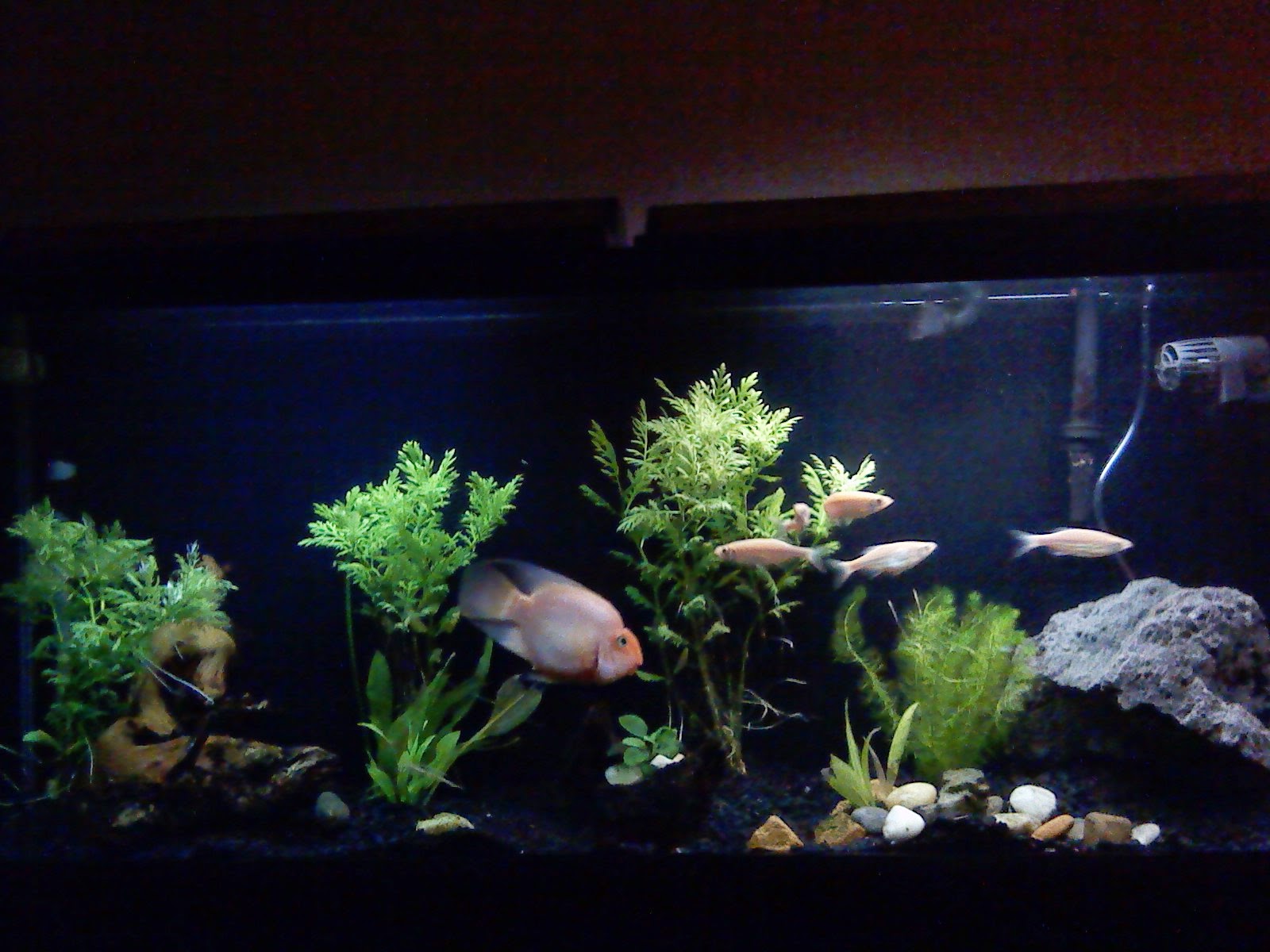 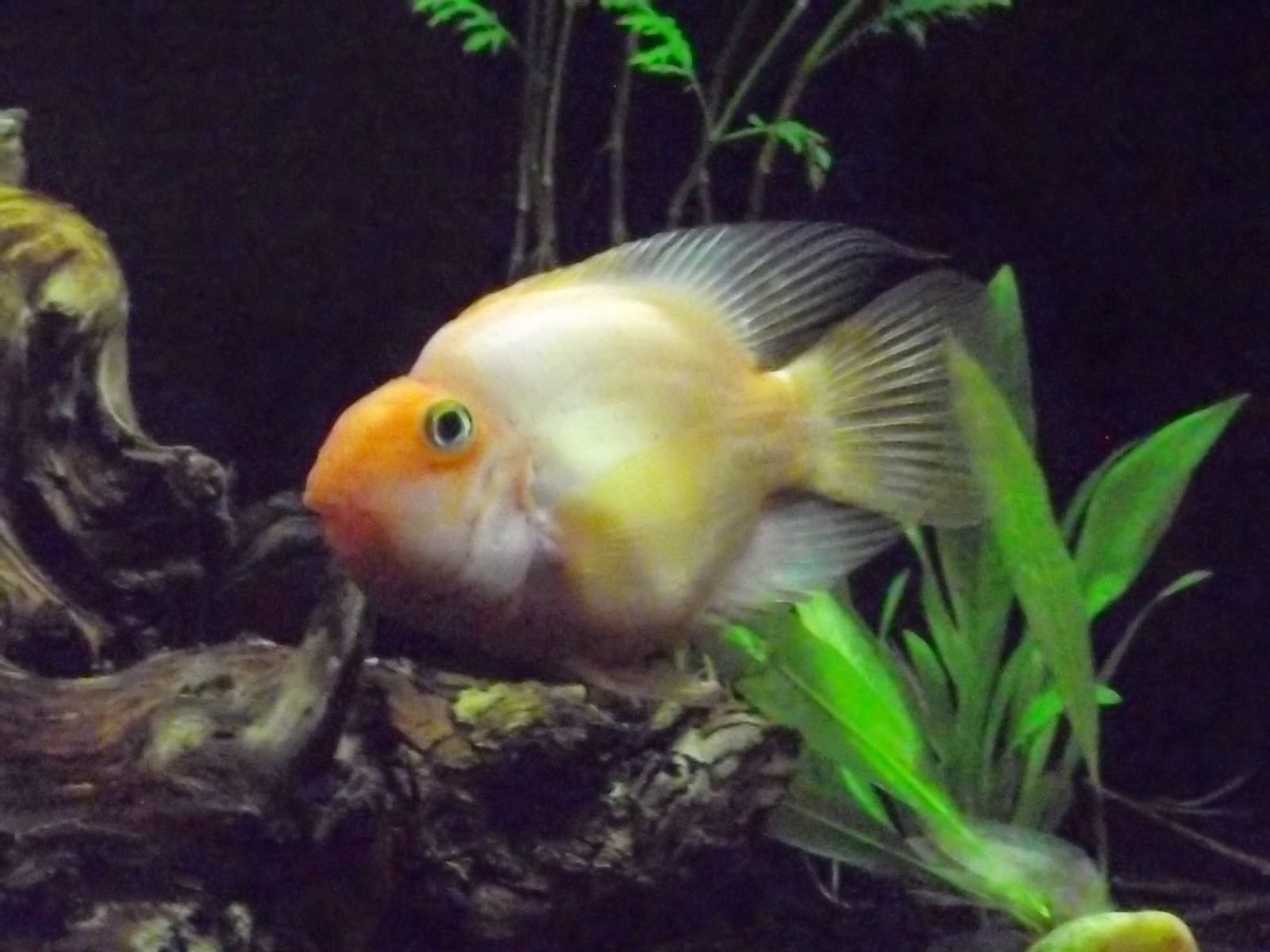 and as you can see she lives with 5 giant danios and two bristlenose plecos.